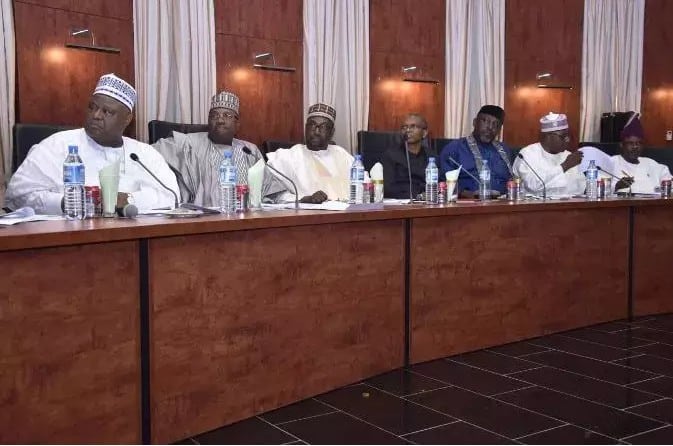 The meeting according to Daily Trust is being held at the Old Banquet Hall of the Presidential Villa.

It is believed that the meeting is ahead of tomorrow’s National Economic Council meeting.

Governor’s in attendance include the that of Zamfara, Bauchi, Ebonyi, Edo, Kano and Delta states.

It is believed that the meeting is not connected to the health issues of President Muhammadu Buhari who is currently in the United Kingdom on vacation which started on Monday, January 23.

Since Buhari’s absence, there have been rumours concerning the health of the president. There was a even a rumour that the president was dead but the presidency has since debunked it and presented photo evidence that Buhari is hale and hearty.

Vice President Yemi Osinbajo was given the responsibility to act as president in the absence of Buhari.