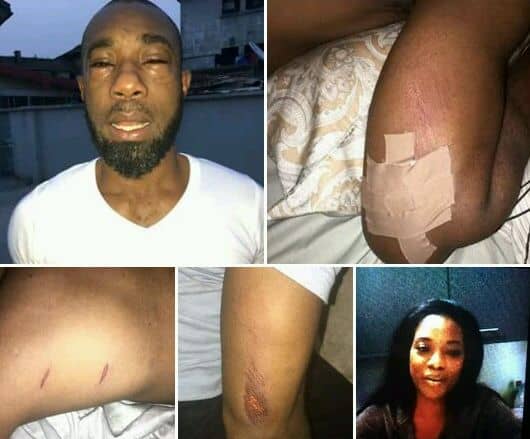 Ms. Uzoma Umesi, owner of MBS Spa based in Ikoyi, sent three policemen assigned to her company for guard duties to brutalize her own brother, Okechukwu Umesi.

You normally hear stories of this sort of brutality occurring between people who have no blood relationship. But this is an exception. The Umesi family is a large family. The eldest daughter, Uzoma, is in money. She owns a major Spa in Ikoyi and is involved in oil business. She is edtimated to be worth about three billion naira. By virtue of her money, she ruled her siblings with iron hand and controls them as she pleases.

Okechukwu, about 40, years of age, is one of the youngest of the siblings and the second boy in the family. Over the years, Okechukwu had worked closely with his elder sister Uzoma, serving her interest and making money for her. But eventually, he moved to start his own thing and to be his own man. He wants to start a modern commercial farm in Imo State. Uzoma does not approve of such show of independence. But what really pissed Uzoma off was that Okechukwu also wants to marry a girl that he is in love with. Unfortunately, Uzoma is not in love with the girl. So, she felt her blessings were not obtained first. She also felt it was the fiancee that was encouraging Okechukwu to try to be be his own man. The big sister tried to control the situation, which did not go down well with Okechukwu or the lady.

On Saturda, the 11th of February, 2017, Uzoma summoned Okechukwu to her house in Ikoyi. Okechukwu went with his finance. But he asked her to stay in the car while he went into the house. Shortly thereafter, Okechukwu came out of the house visibly upset. He entered the car and drove off with his fiancee back to the fiancee’s house in Lekki.

Then the next thing that happened will shock you. Uzoma sent her police guards to teach Okechukwu and his fiancee a lesson of their life. The pictures here will tell the rest of the story, starting with the pictures of Uzoma, looking innocent, but deadly and highly connected. If she could do this to her own brother, imagine what she could do to other and which she might have done to many.

What we are asking now is why do most rich families tell their sons and daughters who they will marry? What do you think Okechukwu should do to her rich sister for brutalizing him with her police guard? Why should the police get involved in family case that does not involved crime just the issue of marriage? 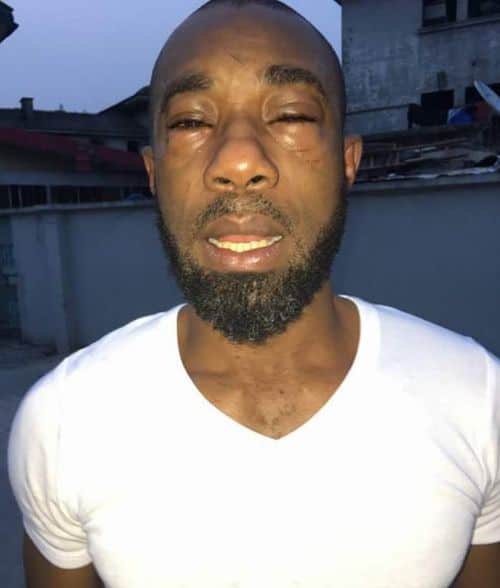 Do you think her brother should retaliate?