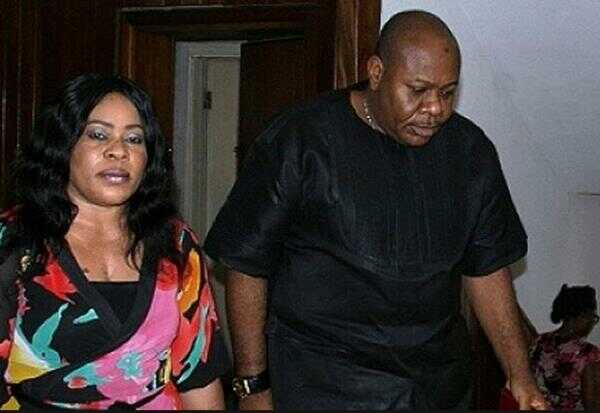 Fred Ajudua is a reknowned name in the world of Advance Fee Fraud, the Anambra born socialite has been at logger heads with the law for over a decade.

In a charge filed on February 9, 2005 the EFCC alleged that Fred Ajudua and Joseph Ochunor sometime in 1993 conspired to defraud a one Ziad Abu Zalaf of Technical International Limited based in Germany.

The commission alleged that the duo at various times collected an aggregate sum of $1,043,000 from the German businessman under the guise of financing a fictitious contract awarded by the Nigeria National Petroleum Commission, NNPC.

The matter was eventual struck out in 2009 by Justice Obadina due to failure of the EFCC to produce the defendants.

When Ajudua resurfaced in 2013, the EFCC formally applied to the Lagos Chief Judge to relist the matter. The matter was recently reassigned to Justice Oyefeso.

When the matter came up on Monday, EFCC lawyer S.K Atteh informed the court that the commission had on January 25, 2017 filed a motion seeking to reopen the case.

On his part, Ajudua’s lawyer, Norrison Quakers, SAN informed the court that his client has already filed a preliminary objection against the motion filed by the EFCC.

Earlier in a separate trial before Justice Oyefeso former Chief of Army Staff, Gen. Ishaya Bamaiyi also accused Ajudua of conspiring to defraud him to the tune of $4.8m, Ajudua through an application asked the court to strike out the charge against him.

The matter was adjourned to March 13, 2017 for argument of the application.

The matter was however adjourned to March 13, 2017 due to the inability of the EFCC team to serve the defence with its response to the application seeking to quash the charge.