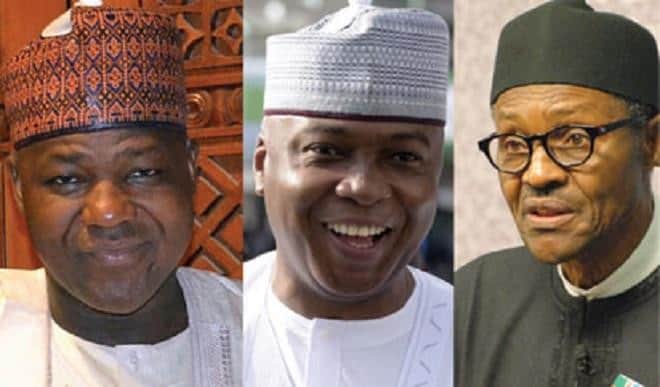 The Senate President, Dr. Bukola Saraki alongside three other legislators today arrived in london on a visit to President Muhammadu Buhari.

The team left for London on Wednesday morning to meet with President Buhari who has extended his vacation indefinitely to attend to his health.

Recall that President Buhari had on February 5, 2017 written to the National Assembly informing of his desire to extend his leave in order to complete and receive the results of a series of tests recommended by his doctors.

This was according to a statement by the Special Adviser to the President on Media and Publicity, Mr Femi Adesina.

“The President had planned to return to Abuja this (Sunday) evening, but was advised to complete the test cycle before returning.

“The notice has since been dispatched to the Senate President, and Speaker, House of Representatives.

President Muhammadu Buhari embarked on a 10-day vacation on Monday January 23 and was billed to return to work on Monday February 6, 2017.

Vice President, Yemi Osinbajo has since been performing his duties as Acting President.