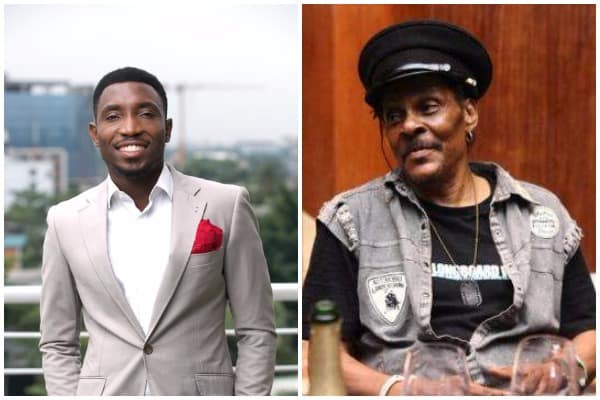 Majek’s manager, Uzoma Day Omenka, said the two artistes will be meeting in court before the end of March,  after they return from a trip to the United Kingdom.

“We are not taking this case lightly. We are just awaiting the arrival of our solicitors from the U.S., and the UK then we will hit the courts. For crying out loud, this guy is making money from itunes and he did what he did because he thinks in Nigeria, anything goes. If he can prove as he claimed that he paid for the use of the song and he can show concrete proof of it then he will go free, but if not, we will definitely meet in court” he said.

Earlier before now during a courtesy visit to Vanguard in January 2017, Majek’s manager disclosed how angry he was with Timi Dakolo, who he said had no respect for the music legend;

“Timi remixed the song without the knowledge of Majek Fashek, during that period that I was in the US. When I came back I heard the song on iTunes where people were downloading it and they were making money, I was surprised. As a sign of respect he would have come to meet the legend because the song is not an ordinary song.
When we asked Timi what happened, he said he spoke with the manager. I was now asking, who is the manager? Am I not the manager and  didn’t he speak with me? People started saying all kinds of things thinking I knew something about the it.”

On the hand, Majek Fashek who was asked what he thought about the whole issue, said; “Well, I don’t want to talk about young artistes, he is a kid. Let my manager speak on that.”

Timi Dakolo who reacted to the accusation in 2016 when he was notified wrote;
“My people, it saddens me to see such. I always try to do things rightly and lawfully.
“I paid his manager to remake the song, I got my invoice, I even mentioned to him during our rehearsals at the Headies. So, honestly I don’t understand this write-up.

“Oga Majek Fashek. I respect and love you. Your voice gives life to lyrics. You are one of the best musicians I know. God bless you.”