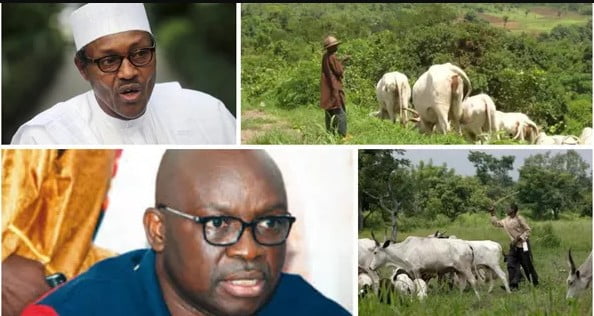 Unknown men recently killed a herdsman in what is suspected to be a ritualist attack in Omu town, in Oye Local Government area of Ekiti state.

Punch reports that Ahmed Dele was attacked by his assailants while grazing his cattle.It was learnt that the killers pursued him before catching up with him some few kilometers away from the town.

Secretary to Jamunati Fulbe Association of Nigeria in the state, Idris Salaudeen confirmed the incident.

He said the 26-year old Dele was a Fulani from Kwara state.

The deceased was declared missing by his boss, Jimoh Dele after he did not return home with his cattle on Monday January 6.

Saludeen also confirmed that Dele’s body was discovered around 4.30am in the bush.

Consequently, Salaudeen noted that the situation was adversely affecting cattle rearers in the state.

He argued that they are now afraid to go out for their legitimate business since they didn’t known the motive behind the gruesome murder of one of their members.

“Up till, now there was no reported case of clash between the victim and any farmer in the area,” he added.

“This is a very frightening development, considering what the country is going through in terms of insecurity. There has been a lot of misconceptions and negative reports about the activities of Fulani herdsmen in recent time. But I want to tell you that we are peace loving people and we have been living peacefully with our various host communities in Ekiti State.”

On his part, the Olomu of Omu, Oba J.A Ogundeyi the traditional ruler of the community condemned the incident.

According to the monarch, the deceased was well known to people in the community.

“The deceased is personally known to me in the Palace because he was a jovial person. Whenever he was leading his cattle for grazing he would stop by and play with me. In fact, the whole community is very sad about this.

“Our community played host to many tribes and ethnic groups and we have been living together peacefully.”

He however appealed for calm, promising to collaborate with security agents to bring the killers to justice.

The Police Public Relations Officer, Alberto Adeyemi was not on ground to comment on the incident as he neither picked his call nor responded to a text message sent to him.

Meanwhile, the southern Kaduna people say they are ready to dialogue with Fulani herdsmen if that will bring lasting peace to the region

According to them, the task now is for the Governor to be ready and willing to bring such people to the negotiation table