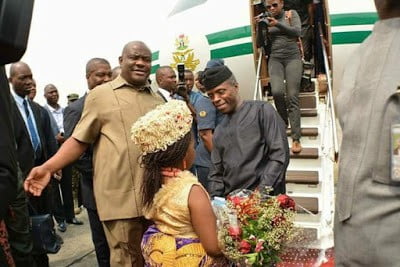 Governor Wike was supported by his Deputy, Ipalibo Harry Banigo, political leaders of Rivers State and officials of the Federal Government.

The Acting President thereafter departed to Bayelsa State in a Presidential Helicopter for a meeting with stakeholders in that state.

Acting President, Prof Yemi Osinbajo is expected to visit Rivers State on Monday in continuation of his consultation with stakeholders in the Niger Delta. 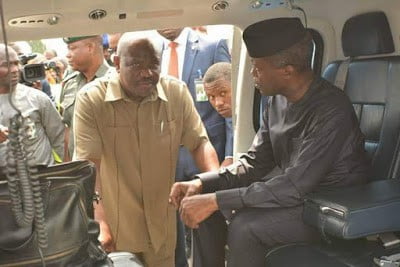 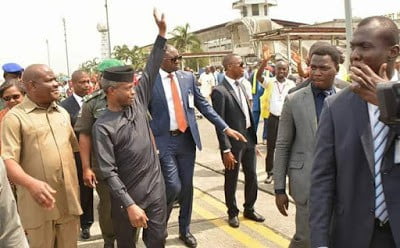 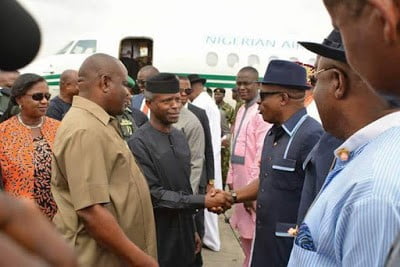 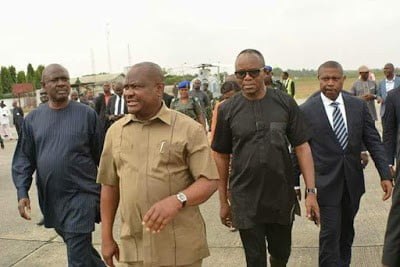 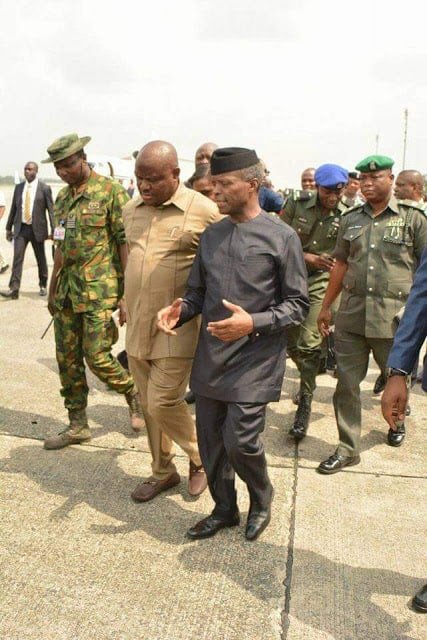 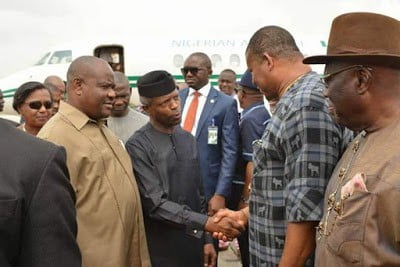