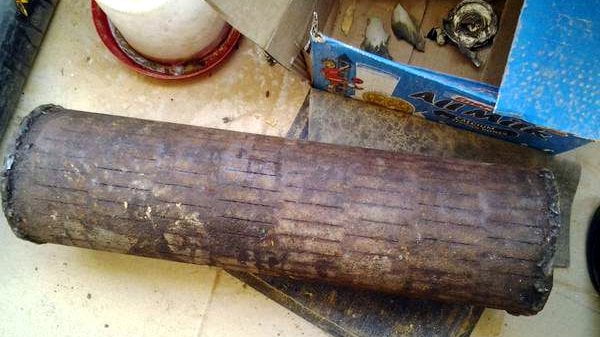 An unexploded bomb from the civil war was recently evacuated from a farmland in Udi local government area of Enugu state.

Below is a statement released by the force on the matter;

The Enugu state command of the Nigeria Police Force through its operatives of Explosive Ordinance Department (EOD) evacuated successfully on 7/2/17 at a farmland at Eke in Udi local Government Area of Enugu state, an object suspected to be unexploded ordinance(UXO) being part of the civil war left overs.

To this end, the command is advising members of the public particularly building/construction companies/Individuals as well as farmers not to tamper with those suspected civil war left overs but to promptly report to any nearby police station for necessary action.