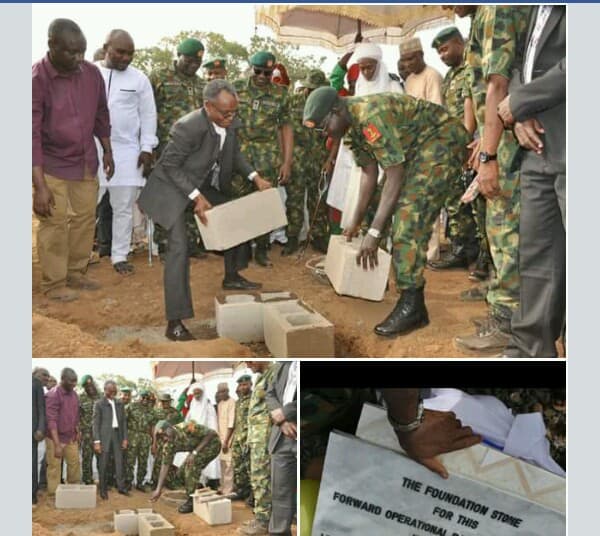 The Kaduna State Governor, Malam Nasir Ahmad El-Rufai on Saturday 11th of February 2017, frowned at the destruction of the foundation laying structure of the proposed Nigerian Army Battalion in Southern Kaduna.

The Chief of Army Staff, Lt. Gen. Tukur Yusuf Buratai and Governor El-Rufai had last week laid the foundation for the establishment of the battalion at Ungwan Yashi area of Zangon Kataf Local Government as a response to the incessant killings occurring in Southern Kaduna since 1980.

El-Rufai in a response to the destruction by unknown persons described the situation as “unfortunate, and further confirms that the conflict entrepreneurs are determined to continue to create obstacles and setback to our stabilization and peace building efforts.” 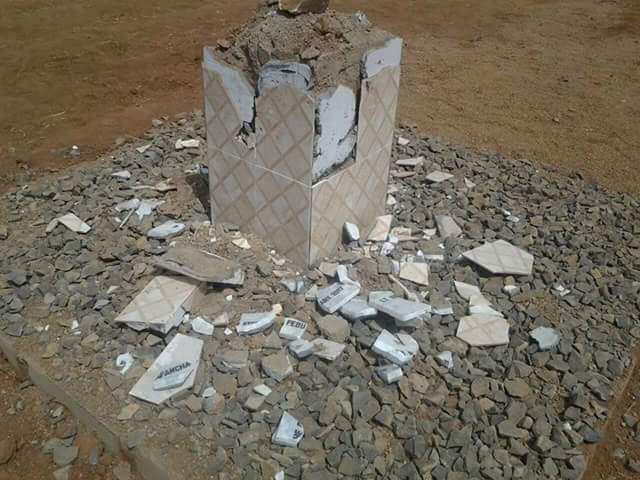 The Governor in a statement was quoted as saying:

“I received the news with shock over the unfortunate destruction of foundation laying structure of the proposed Nigerian Army battalion in Southern Kaduna. The very structure we erected to establish the long-awaited Army Barracks to assist promotion of peace and end the decades of senseless bloodletting in the southern part of Kaduna State.
“The situation is unfortunate, condemnable and a setback to the government’s communal stabilization and peace building efforts, but we will not be deterred. We urge our people that cherish peaceful coexistence to continue to be resilient, focused and resolute in overcoming antics of forces of darkness and evil. Those that did this are determined to derail the contributions of the security agencies, having failed to spread their tentacles of hate, bigotry and penchant for divisiveness.

“I want to use this medium to appeal to all men and women of conscience to remain firm and optimistic, while government in collaboration with security agencies, civil society, religious and traditional institutions will continue to work assiduously for peace and security of life and property.

Related: Southern Kaduna unrest : Two persons nabbed with live ammunition
“Finally, all those that have their hands in the destruction of this structure will not go free. The security agencies will fish out the perpetrators, and those found to be involved, or engaged in omissions that led to the destruction of public property will be brought to justice without fear or favour.”