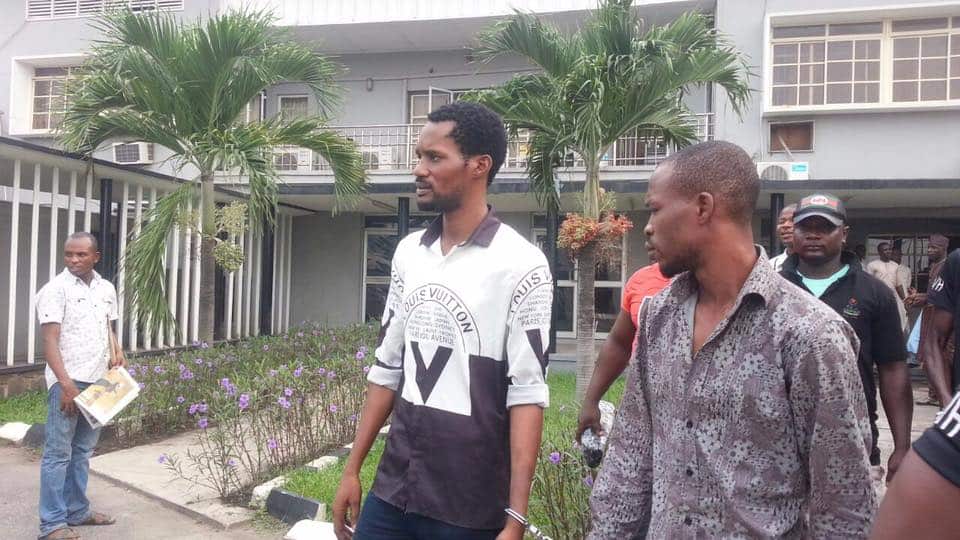 Egbegbe, who rose to popularity after he dated Nollywood actress, Toyin Aimakhu is facing two cases. He was scheduled to appear in court yesterday for a case involving his theft of nine iphones in Computer village last year, but the police failed to produce him. The matter was adjourned to April 12.

His second case involves a crime he recently committed. Egbegbe alongside his accomplice, Ayo Oyekan disguised themselves as directors of Gbagada general hospital and tried to swindle two bureau de change operators, one Alhaji Isa Adamu and Abdullahi Haruna of 9000 dollars and 3000 pounds respectively. They were arrested after the bureau de change operators raised alarm.
Pictures of Egbegbe and Oyekan today as they are escorted to a waiting bus by security operatives…. 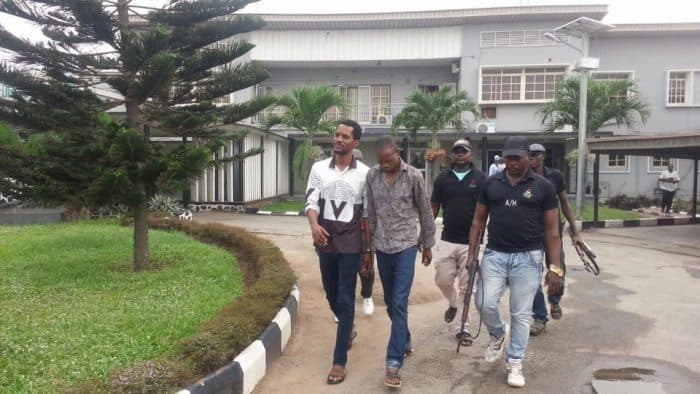 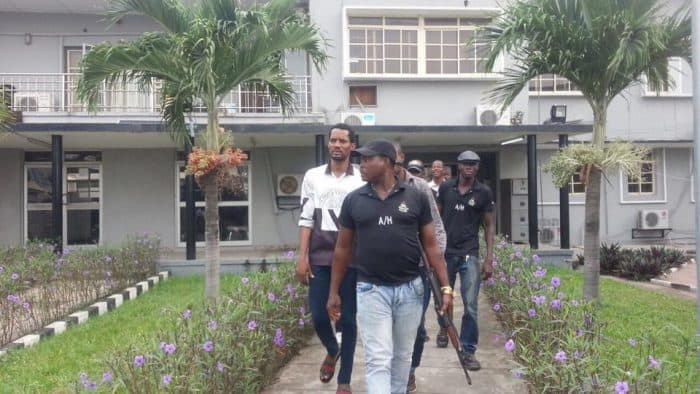