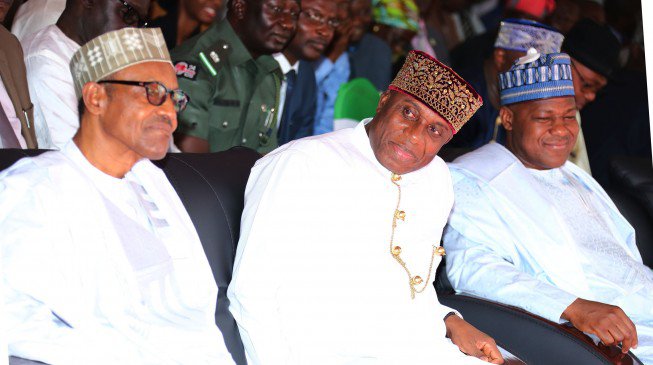 Minister of transportation, Rotimi Amaechi, has asked Nigerians to wait for four years as the Muhammadu Buhari administration never promised solving Nigeria’s problem in a year.

Speaking at a town hall meeting in Ilorin on Monday, Amaechi advised Nigerians to wait till the end of four years before assessing the government.

“We did not promise you that those challenges will be solved in one year; if we promised you that, you would have given us one year,” he said.

“You gave us your mandate for four years, so you have to wait till the end of four years.”

He also said the federal government had secured a $7.5 billion loan for the construction of a standard rail gauge from Lagos to Kano.

According to him, the $7.5 billion was part of the $30 billion the federal government sought approval for from the national assembly.

The minister said $1.4 billion out of the loan would be used for the construction of a rail line from Lagos to Ibadan, and $6.1 billion would be spent on the Ibadan–Ilorin–Minna-Kaduna– Kano rail line.

He said work on the eastern rail, linking Aba to Port Harcourt, Makurdi, Enugu and Jos, would commence in June.

Amaechi added that that the loan, if accessed, would enable the government to embark on the revitalisation of rail projects which would in turn create more jobs for Nigerians.

Also speaking at the meeting, Abdulfatah Ahmed, governor of Kwara, said there was the need for synergy between states and federal government, to fix the country’s infrastructure.