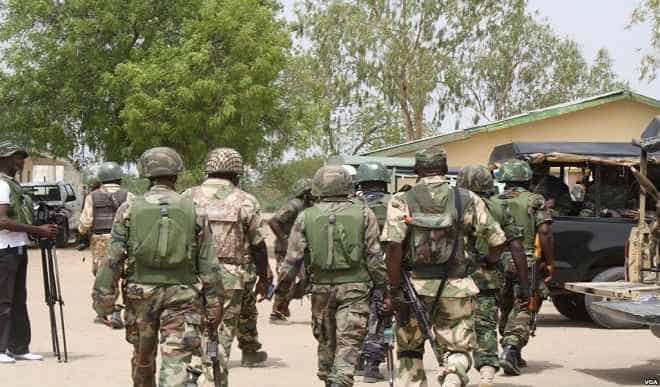 Suspected members of the Boko Haram sect on Monday attacked a military base and burnt down Sasawa town located 27 kilometers to Damaturu, the Yobe state capital.

Details of the attacks were still sketchy by press time due to lack of telecommunications network.

According Daily Trust the attack happened around 6:00pm yesterday when the assailants stormed the village in three Hilux vans and two motorcycles, and dislodged the military men in the area.

A source who escaped from the town told Daily Trust that the town was razed by fire. The source said, “They burnt down the entire town and we learnt that three security vehicles have been seized by the insurgents, but no death has been reported so far.”

The Police Commissioner, Yobe State command, Sumonu Abdulmaliki confirmed the attack but said he could not give details

“All I can confirm to you is that Sasawa came under attack yesterday by the insurgents but there is no further detail for now. The town has no means of communication at the moment so I don’t have any details of the current situation,” he said

This incident is coming barely four weeks after the insurgents attacked military formations in Buniyadi and Kumuya base, both in Gujba Local Government Area of the state.