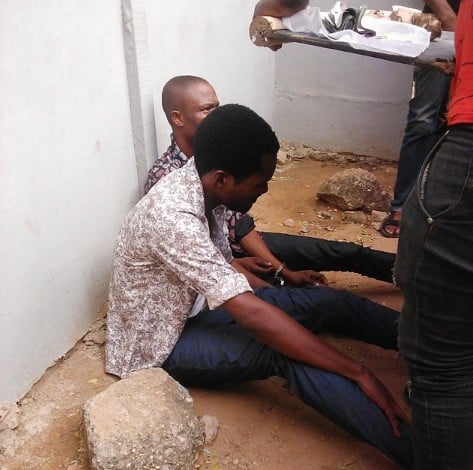 Yesterday He was arrested by policemen from the Area H command for allegedly defrauding some Bureau De Change (BDC) operators of about N10 million at Gbagada.

Seun Egbegbe along with his accomplice were arrested yesterday after trying to rip off unsuspecting Mallams out of thousands of dollars at Gbagada General hospital, Lagos.