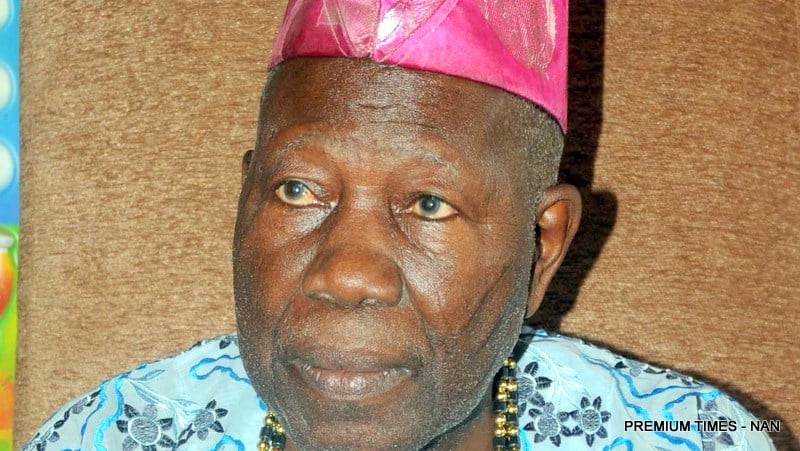 Adetunji is the 41st Olubadan

The Central Council of Ibadan Indigenes, on Thursday, said about N300m was needed to complete the first phase of the new Olubadan palace at Oke Aremo.

Like a few of his predecessors, the present Olubadan of Ibadan land, Oba Saliu Adetunji, lives in his private palace.

The effort to build a permanent palace for the Ibadan monarch began three years ago with the first phase, which is nearing completion.

During a press conference, held to unveil this year’s Ibadan Cultural Festival logo, the President-General of the CCII, Chief Wole Akinwande, said the theme of the five weeks cultural festival would be ‘Advancing our heritage.’

He said the present economic situation in the country had hindered the completion of the project as earlier scheduled, adding that the club would organise a fund raiser as part of the one year coronation activities of Oba Adetunji on March 4, 2017.

Akinwande stated, “The projection was to spend N400m on the first phase but we are yet to spend half of that amount. The market value of building materials has changed since the nation’s economy began to experience recession and this has affected our plan. But we are determined to complete the befitting Olubadan palace.

“We will have to shop for N300m to complete the phase and move to the next phase. It is not compulsory that we complete it 100 per cent. Once it is good enough for the monarch to move in, it would be put to use. The phase one includes the palace itself, places for council meetings, administrative wings and clinic.

“Some part of the palace has been plastered but we need money to do some finishing. We are constructing the fence because the Olubadan-in-Council requested that the place be fenced.

“The generator house is under construction also. We are trying to raise additional funds and we are tying it to the Olubadan’s first coronation anniversary.”

While delivering his keynote address before unveiling the festival logo, the Chairman on the occasion, Remi Oseni, who was represented by Prof. Toriola Oyewo, called on Ibadan indigenes to emulate the philanthropic spirit of prominent Ibadan indigenes such as Moyosore Aboderin, Alatede Aboderin, Giwa Idikan, Adegoke Adelabu, Adisa Akinloye and the immediate past Olubadan, Oba Samuel Odulana, among others.