A twitter user Mohammad recently took to twitter to apologise to former Nigeria president Goodluck Jonathan for his misguided utterance during Jonathan’s regime as the president. Jonathan however responded by saying he holds no grudge against the Mohammad.

Read what GEJ said below:

“There is no need for forgiveness because you did not commit any sin against me. I never felt offended or held a grudge. Mohammad, please do not feel bad. You did what you did as your patriotic duty. A true leader must appreciate his critics. Sometimes they tell him the truth more than friends. I appreciate you. God bless you Mohammad”– GEJ 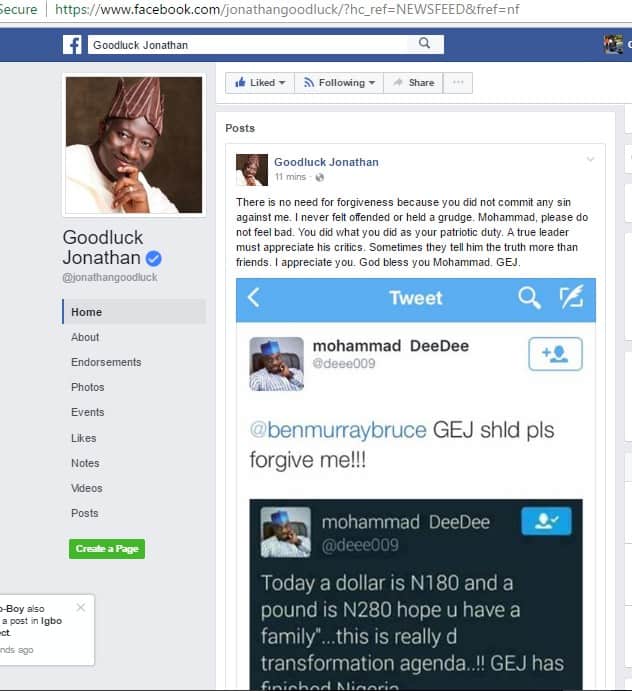