Former President Goodluck Jonathan was on Wednesday, February 1, 2017 invited by the United States House sub-committee on Africa to speak about Nigeria and the issues the country is facing. 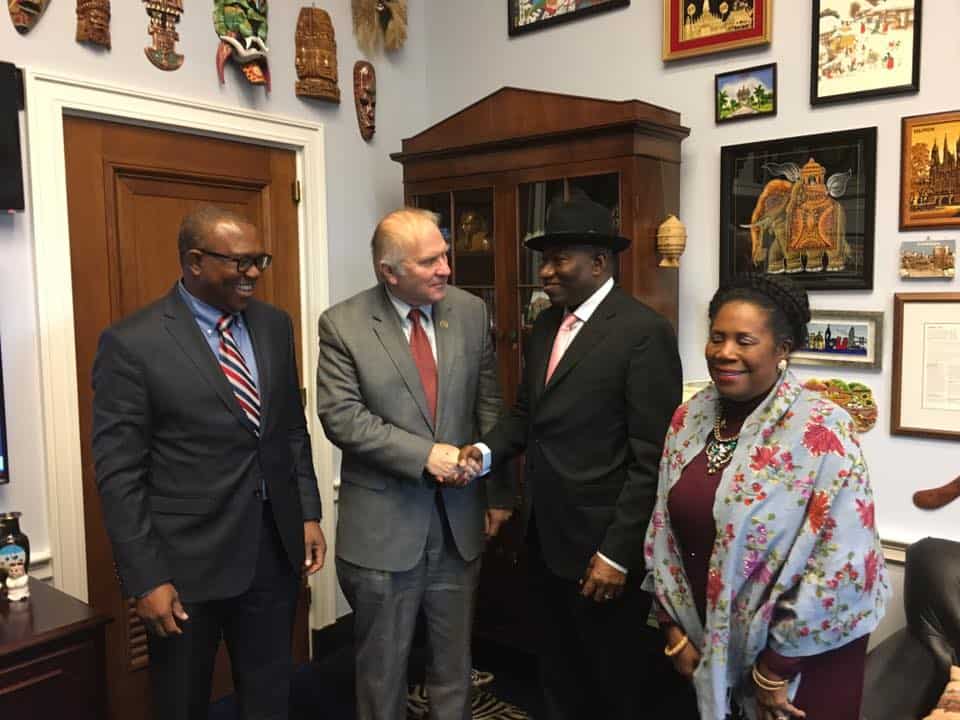 Speaking on the relevance to the world, he said: “Nigeria, as a nation, is relevant to the U.S. in my opinion especially when you consider such parameters as: Mineral resources, economy/trade, biotic resources, population/human resources, etc

“Nations such as Nigeria can impact the globe positively when things are handled properly. They may also affect the world negatively if things go wrong. It is not in the best interest of the U.S. and indeed the international community to ignore Nigeria.”

On the issue of religious crisis and religiously motivated killings, he said:

“The potential danger associated with the level of conflicts going on across the country is so glaring that no sane mind can ignore.”

Speaking on the importance of education, he said: “Even before I set up the National Conference in 2014, my government took certain initiatives to end impunity and reorient the minds of Nigerians.

“In addition to these, I also established 165 Almajiri elementary and high schools in each of the nineteen states of Northern Nigeria to combine Islamic education with Western education.”

Speaking on the solution to religious crisis, he said:

“In view of the fact that religion plays a vital role in many aspects of our national life especially in the aspect of national security and national unity, it is highly imperative that it be singled out from other fundamental rights and given a special attention via the creation of an Equity Commission whose sole mandate will be to focus on religious rights and their promotion.

“I totally agreed with the 2014 National Conference on the need to establish the Religious Equity Commission that will have powers to arrest and prosecute those who contravene the law.

“The potential danger associated with the level of conflicts going on across the country is so glaring that no sane mind can ignore.”

“The military crackdown in the Niger Delta will not end the agitation there. It will have the opposite effect of provoking the youth, which will cause them to seek to acquire sophisticated weapons to defend themselves and their communities.”

In conclusion, he called for good relations between both countries, saying: “I call this body [United States United States House sub-committee] and the new American administration of President Donald J Trump, of whom we are very confident.

“To please work with the government and people of Nigeria by way of capacity building and intelligence gathering and sharing and indeed in any way possible to bring an end to religious extremism in Nigeria.”