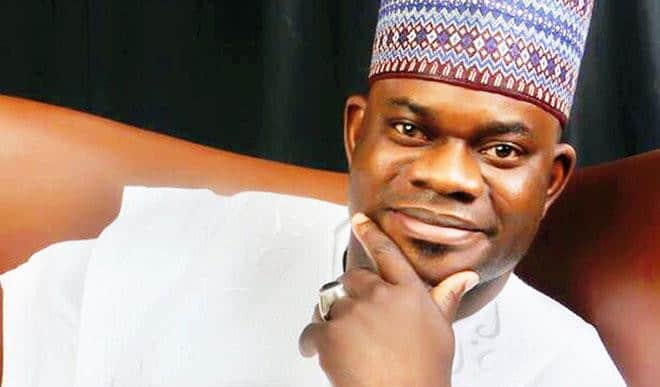 Kogi State Governor, Yahaya Bello on Friday, January 27 marked first year in governance. In this interview with some journalists at the Government House, Lokoja at the weekend, the governor speaks on the journey so far. Excerpts:

How far has the journey been in the last 365 days?

Let me quickly remind us that if you go through my profile, I was not just entirely a private businessman. I worked through the civil service for over 15 years, and I rose to senior cadre in the service. I actually resigned my service to come and serve my people. Business by the side, it’s only that whatever I lay my hands on, God is always there to make it prosper, that is why I’m considered as being a successful businessman. Business is just my hobby. And I thank God.

So, it is not entirely strange to me to manage public affairs or to manage people at this level of governance. I’m very prepared, knowing fully well the challenges that come with leadership and governance.

Your staff screening exercise to flush out ghost workers has generated much controversy; how has it been tackled?

Like you rightly said, ghosts are faceless, and they exist in our payroll, so surely we need to send them to the grave. That’s what we’re doing. We inherited a civil service that is unproductive and inefficient. It’s one of the areas that we want to reform. The civil service is the engine room of any government. Whatever policy and idea that we come up with, without dedicated, loyal, efficient and effective civil service, you won’t be able to deliver your promises. So, it’s very important we overhaul it. It’s a civil service that is ill-motivated.

You have a workforce that is redundant. I visited the state secretariat I think twice and some other government institutions when I assumed office. I remember I told you I resigned from the civil service to serve my people, and I know exactly what the civil service is at the federal level, and it shouldn’t be any different at the state level. I know what to do to motivate civil servants. We have agreed, myself and my team, the union members, the legislature and even the judiciary, including civil society organizations, we all agreed that look, we must reform the civil service. Along the line, it was more or less like complicating the matter, the first team that handled it. A situation where you see genuine civil servants left out of the schedule, and new names that were non-existent at all were added. We realized that there were efforts to frustrate the exercise. I know exactly what it takes to have an efficient workforce.

Along the line, I set up a back-up team to review what the first set did. They brought their report. I refused to publicize that report. I had to go and ask the backup team to undertake the exercise completely. They did it and came up with a report that is currently published.

Surely, in an exercise of that magnitude, it can’t be 100 percent perfect. There will be pockets of complaints. It is very simple. Any genuine case should be attended to, because I have promised that no genuine civil servant will be shortchanged or screened out, hence the setting up of the appeal committee. Currently, they’re attending to all cases as they arise.

The state legislature seems not to be with you on this; what’s happening?

There are three arms of government, the executive, the legislature and the judiciary, and the functions of every arm are clearly spelt out. You will never see me as the head of the executive dabbling into the affairs of the legislature. That aside, we’re not at loggerheads with the legislature at all, because substantial, reasonable members of the legislature who have clear integrity and character know exactly what we’re doing. And we’ve not gone outside our powers, core functions, duties and responsibilities. Eventually when we’re done, the whole world will see the report.

Like I said, when we came on board, Kogi State was sick, seriously sick, and no any amount of drugs applied to this sick patient will cure certain ailment that is obvious. What it requires is surgical operation, and you’ll believe me that there’s no surgical operation that is conducted without pains.

How’re you managing with scarce resources?

Like I said, we were somewhere watching and observing our dear state. But since we came in, we sought God to assist us, and He is assisting all of us. We wore our thinking caps and applied common sense, and we’re getting better. It’s common sense that if there’s no corruption, the resources will be available. It’s common sense that when you tap into your internally generated revenue, there will be resources, and as such, all we need to do is to apply it to get things done.

If you don’t have godfathers that you service periodically through the coffers of the state, the resources will be available for the state. I can assure you I don’t have any, so why don’t I use the resources for the people?

At a time you were not paying salaries, there were reports that you were instead busy buying cars for your appointees running into millions of naira. How true is that?

Delay for salaries and purchase of vehicles? Let me cast our minds back that this administration inherited a state where the past administration collected almost five months federal allocations along with the IGR without paying a single dime to the workers and contractors. In any case, we shall recover every single dime.

Let me set the record straight. Purchase of vehicles, yes we purchased vehicles, that is part of security infrastructure. That is why today Kogites can go to bed with all their eyes closed; that is why both northerners and southerners that traverse Kogi State will not travel with any fear of molestation by armed robbers or kidnappers. It is evident, and everybody is seeing it. In any case, we applied our ingenuity and common sense. I can tell you from that particular transaction, we saved Kogi State over N1.5 billion.

Did you find anything strange in governance when you took over 365 days ago?

I once believed in certain leaders, that looked at what they’re saying, but only to discover that they were lying and they lied all through, and that is among reasons why Kogi State was in the state I met it. Give us a chance to do our best, but they’re bent on doing it their way. If you don’t do it their way, it’s as if the people they claim to represent it’s their end. It’s very unfortunate.