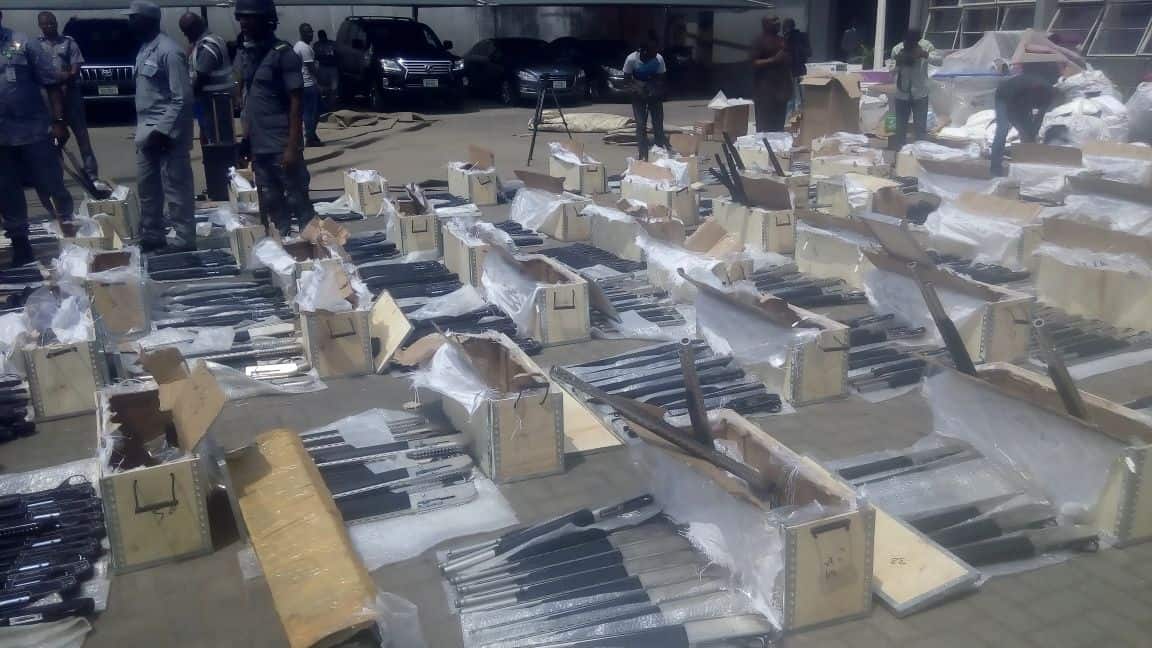 A Mack truck containing 49 boxes of pump-action rifles was on Monday intercepted by the Lagos State Command of the Nigeria Customs  along the Mile 2 Apapa Road.

The intercepted truck was carrying a fake manifest stating that it carried still doors, before the customs officials discovered otherwise.

The Comptroller-General of the NCS, Col. Hameed Ali, said investigations were ongoing, adding that some suspects had been arrested.