Apostle Johnson Suleman, the Senior Pastor of the Omega Fire Ministry,  is on his way to the Department of Security Service, DSS Headquaters.

Apostle Suleman was pictured  earlier today departing the Abuja headquarters of his church to the Department of Security Service, DSS to honour the invitation extended to him over allegation of inciting violence.

He departed his Mabushi office in company of his entourage amid tight security and dresses in black suit.

Apostle Suleman was invited by the SSS after a video emerged of him telling his church members to kill any Fulani herdsmen discover around his church.

Meanwhile, there are speculation Apostle Suleman will be appearing before the DSS with about 30 lawyers because we believe that his persecution has become politicised,” a source stated. 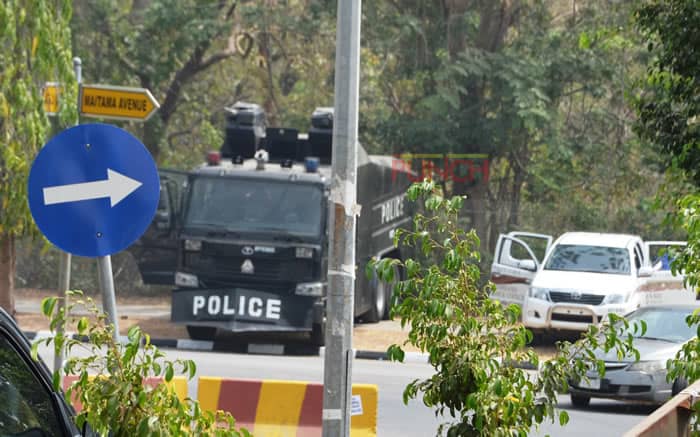