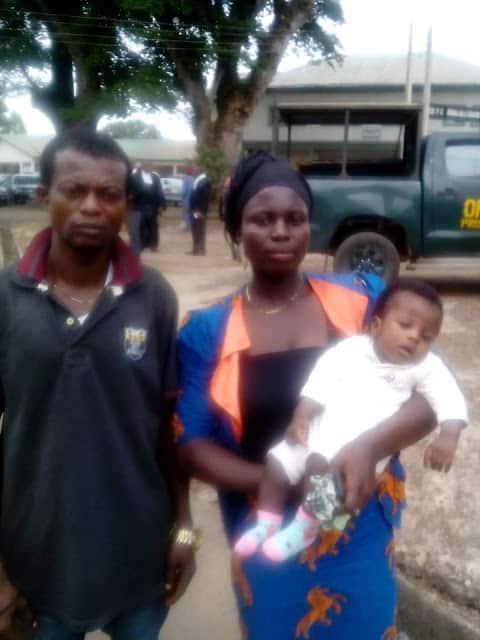 Mr and Mrs Ike with their baby boy

The joy of an Imo based couple, Mr and Mrs Ike knew no bound when as their p their four months old son allegedly kidnapped and sold by a police corporal, Uche Odoemena, popularly known as Prince was rescued and returned to them

Uche Odoemena has been reportedly dismissed after the state Commissioner of Police ordered for him to be tried in the police orderly room. He is also currently detention now at the Owerri Federal prison facility.

Ike claimed that the policeman, popularly known as Prince, snatched her baby at gun point in front of her husband. She also said a lady aided Prince while he carried out the act.

Ike claimed the police corporal, who was reportedly dismissed after he was arrested and tried in the police orderly room and said to have been remanded in prison, allegedly sold the baby to Mercy Home Orphanage in Owerri, the state capital. 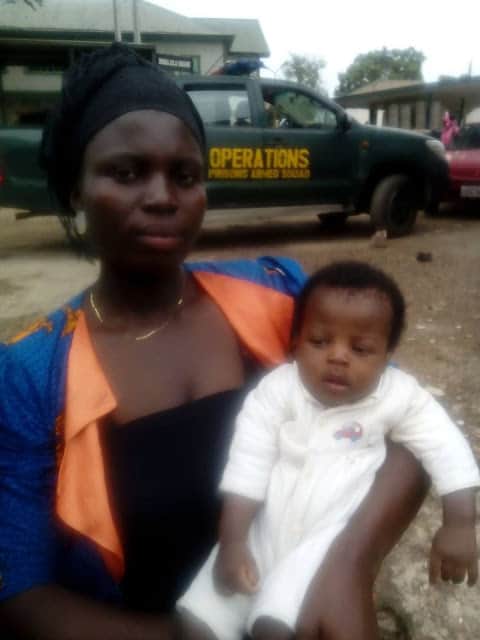