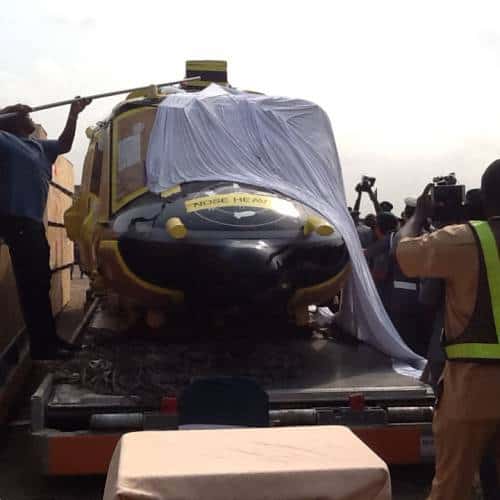 Naija News reported yesterday that MMIA Command of the Nigerian Customs Service (NCS) has confiscated two civil models Bell Helicopters smuggled into the country by unknown importers.The NCS accused the importers of the said items of failure to produce the end user certificate from the office of the National Security Adviser ( NSA), thus contravening Section 36 (2) of the Customs and Excise Management Act. 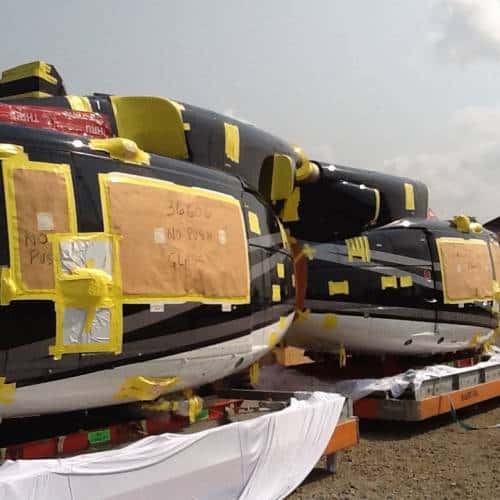 Investigations, however, revealed that the two Bell Helicopters were imported by Rivers State Government in the twilight of the Amaechi Administration.

But, industry sources hinted that the transactions may not have been documented, forcing the current administration to concede that the choppers be handed over to the Nigerian Air Force.

In a telephone interview, an official of SAHCOL said he could confirm if the choppers were imported by Rivers State Government.
Allanah said Customs reserves the right to seize any aircraft or imported item if the importer fails to show up for clearance and payment of necessary duty on the consignment.

Giving further insight into the seized choppers, he said all legal issues were considered before the Customs Authorities carried out the exercise.

He further stated that the choppers will be useful to the Nigerian Air Force in the fight against the insurgency as the chopper would for such operations.

He said: “The unknown importer could not produce end-user certificate from the office of the National Security Adviser ( NSA) an act which contravenes section 36 subsection two Customs and Excise Management Act (CEMA) laws of the Federation of Nigeria  2004 . Consequently, seizure was effected on November 7, 2016 in line with section 46 of CEMA.”

Speaking during the hand over the chopper, the Chief of Air Staff, Air Marshal Sadique Abubakar said the two Bell choppers and accessories would be taken to the Nigerian Air Force hangar at the Lagos Airport for full examination in collaboration with Customs officials.
He described the handover as a milestone because the configuration of the aircraft is fitted for military combat operations.

He said the presidential approval for the release of the two helicopters to the Nigerian Air Force will assist to fight the war against insurgency and internal security engagement.

He also disclosed that revenue totalling N55b was collected from January to December 2016 by a highly dedicated workforce of the Nigerian Customs at the Airport Command, surpassing the collection of 2015 which stood at N24billion.

The increase in revenue collection, he said is N12.8 billion above the previous year despite a decline in cargo. The command also said it made several seizures of elephant tusks, foreign currencies and other items. 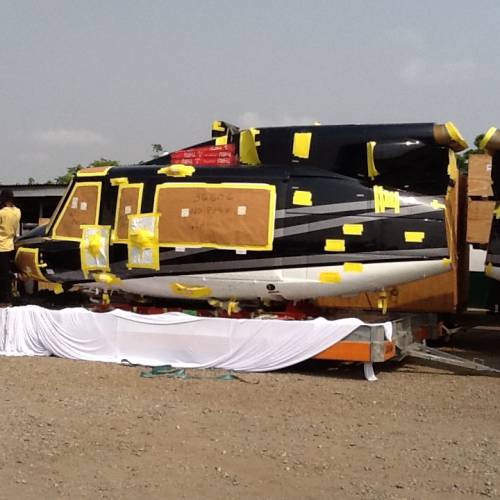