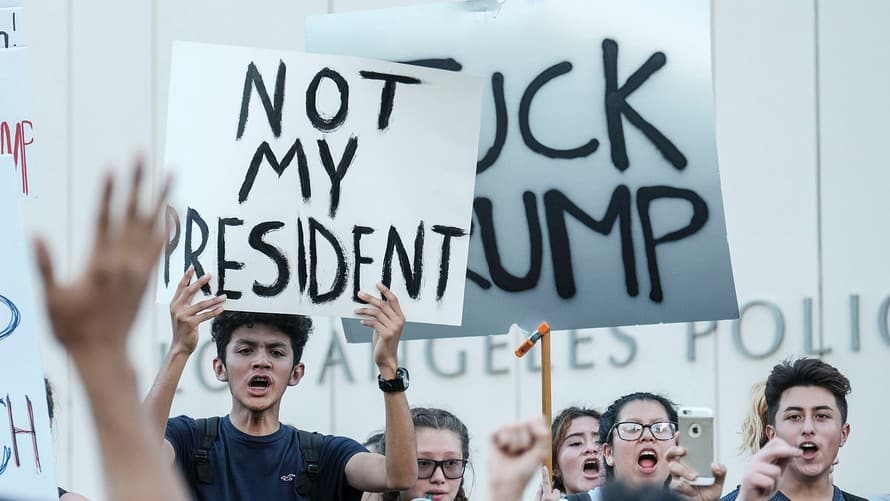 The exit wave that saw Britain quit EU has crossed into United States as Califonia is now plan to leave Us through its Calexit campaign.

Californians have started canvassing on seceding from the US and Calexit’ could be a reality; in the wake of Donald Trump’s election.

If enough signatures are collected, Calexit could be on the ballot in 2018.

If this ballot gains the majority of voters, it would repeal clauses in the California Constitution stating that the state is an “inseparable part of the United States” and that the U.S. Constitution is the “supreme law of the land”.

Gawain Towler, Ukip’s spokesperson, has said that although the party doesn’t get involved in the affairs of other countries, he isn’t enthusiastic about Calexit.

He said the liberal agenda of many of those in LA skew the vote blue, when many in the state vote Republican, and therefore perhaps instead of seceding it would be better to section California into smaller states.

Mr Towler told the Telegraph: “Other people in California would like to break it into smaller parts so it’s not governed by West Coast fantasies.

“A lot of California is red, but because LA is so big, it always goes blue.

“I’m sure there are people on both sides of the debate but UKIP is not getting involved.
”

Yes California, the campaigners for the proposal,  have argued the state is culturally out of step with the rest of the US.

California is the state with the most electoral college votes, with 55.

“California loses [by] being a part of America culturally and financially,” Marcus Ruiz Evans, one of the group’s founders told the LA times.

“It could be a nation all its own, everybody knows that. The only question is if they want to break off.”

61.5 per cent of Californians voted for Hillary Clinton and 31.5 pc did for Donald Trump.

To qualify for the ballot, Yes California has to collect 585,407 valid signatures from registered voters over the next 180 days.