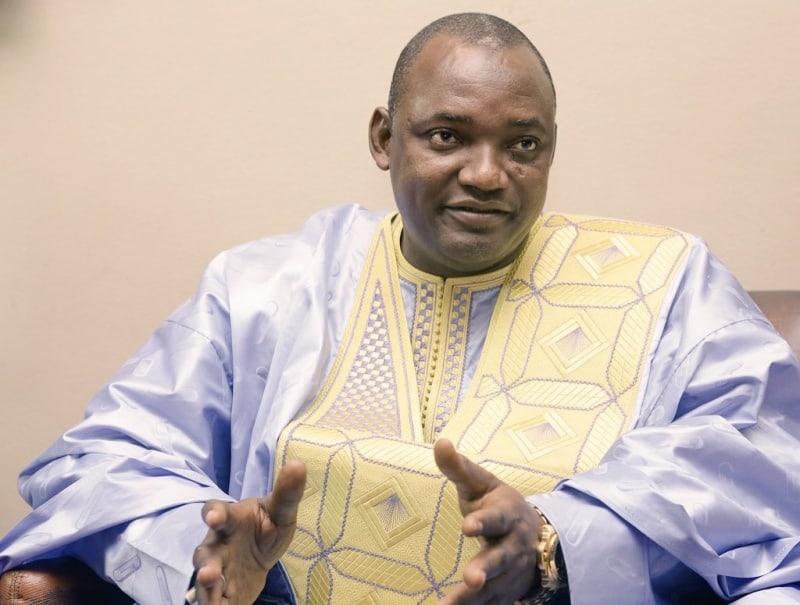 Gambia New President, Adama Barrow, has removed the word ‘Islamic’ from the country’s official name. Gambia will no longer be the addresses as Islamic Republic of Gambia . The word “Islamic” was added by the country’s former president, Jammeh in 2015.
According to Barrow, The Gambia, whose population is about 90 % Muslim, with the rest Christian and animist, will now be The Republic of Gambia was a republic “not the Islamic republic,” according to Barrow..
Recall that Yahya Jammeh, who was defeated by Adama Barrow in the December 1, 2016 presidential poll, finally left the country in the evening of Saturday, January 21, 2017 after 22 years of holding sway as the president of the tiny West African country.

Barrow on the other hand finally returned to Gambia from Senegal to take over the ruling the state by 4p.m. on Thursday, January 26.