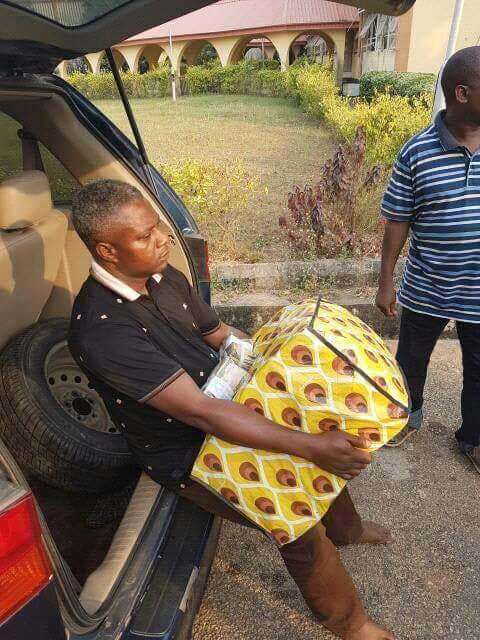 Paymaster caught with N15m cash, leading to the sacking of Jumoke Akindele

Earlier today Naija News reported that the Speaker, of Ondo State House of Assembly, Jumoke Akindele, has been suspended from office over allegation of N15 million fraud

behold the paymaster of the Ondo State House of Assembly who literally sacked the  first female Speaker, Jumoke Akindele, by his action.

The paymaster said he was asked to withdraw N15million in cash from the bank.

The money stacked inside a ‘Ghana Must Go’ bag was meant to be delivered in Akindele’s home, according to him.

But the paymaster brought the bag to the Assembly Complex, where he was found out by other members of the assembly.

Questioned  on  the ownership of the money, he reportedly said it was meant for Akindele.

This prompted an instant rebellion with 20 out of the 26 members of the assembly moving to impeach the speaker at a short session.

According to Vanguard Online, 15 members of the Peoples Democratic Party (PDP) and five member of the All Progressives Congress (APC) combined to carry out the rebellion.

An Acting speaker, Malachi Coker  and  deputy speaker, Ayodele Arowele were  elected. Olamide George was elected as the majority leader.