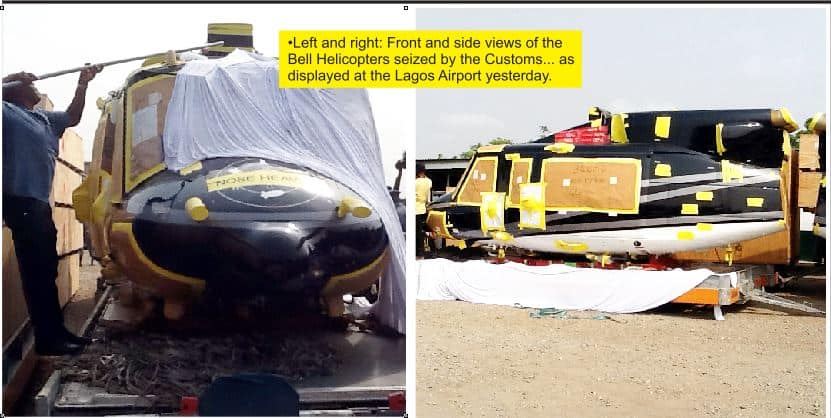 The MMIA Command of the Nigerian Customs Service (NCS) has confiscated two civil models Bell Helicopters smuggled into the country by unknown importers.

The Service immediately handed over the helicopters to the Nigerian Air Force for use in the fight against insurgency.

The NCS accused the importers of the said items of failure to produce the end user certificate from the office of the National Security Adviser ( NSA), thus contravening Section 36 (2) of the Customs and Excise Management Act.

Addressing newsmen at the command’s office at the Lagos Airport yesterday, the Customs Area Controller, Frank Allanah, said the duty value of the two helicopters and other accessories was about N9,757,135,240.86.

He said the helicopters were flown into the country as a consignment with Airway Bill Number 17232444403 through the Murtala Muhammed International Airport.

The choppers, he said, were detained at the Skyways Aviation Handling Company Limited (SAHCOL) shed, pending the fulfilment of all the legal requirements for the importation.