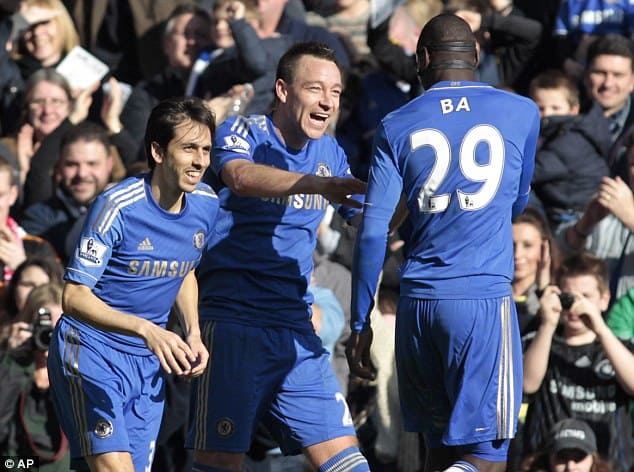 No problem: John Terry (centre) celebrates scoring for Chelsea in their 4-0 over Brentford

Chelsea are through to the fifth round of the FA Cup with a comfortable 3-0 win over Championship side, Brentford FC. Two goals in the first half by Willian, from a gorgeous free kick and another from Pedro meant that the EPL league leaders could take it easy in the second half.

Brentford were better in the second half but they still conceded goals in the last 25 minutes as Branislav Ivanovic and Michy Batshuayi scored from the penalty spot after Ivanovic was bundled over in the box.

Antonio Conte had revealed before the match that his mantra would be to take it one game at a time but he made nine changes to the team that beat Hull City last weekend in the league.

The Championship side started without their leading goal scorer, Scott Hogan, who is wanted by some EPL sides but Ddean Smith would have been proud of his side’s display, especially in the second half, where they showed more hunger and passion by closing up the spaces on the EPL leaders.