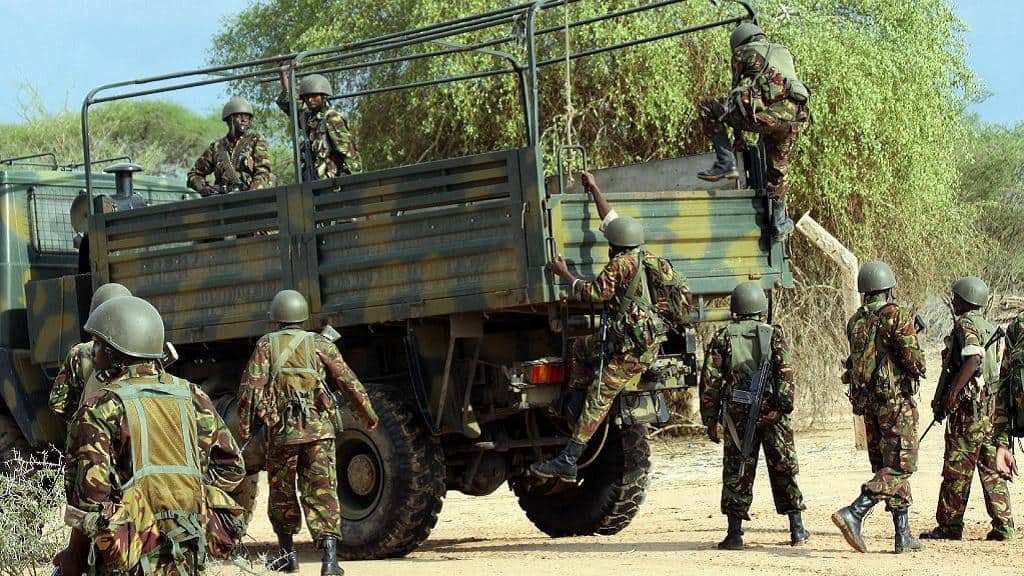 Al-Shabaab militants on Friday morning attacked a Kenyan military base in the Somali town of Kulbiyow, an area that is located near Kenya’s border with Somalia.

The number of casualties has still not been officially confirmed, though the militant group claims to have killed dozens of Kenyan soldiers.

In response, the Kenyan military spokesperson indicated that claims from the group were false as the operation was still ongoing.

The attack started when a truck filled with explosives detonated at the base, followed by heavy gunfire and an infantry attack.

According to witnesses, the militants attacked the town and captured the base in the morning incident, in what seems like a copy-paste attack to last year’s attack at the El-Adde base.

Earlier this month, the country marked the first anniversary of the deadly attack in Somalia where nearly 150 soldiers were killed.

Al-Shabaab has often launched attacks on troops of the African Union forces mostly made up of soldiers from Kenya, Djibouti, Uganda, Ethiopia and other African countries.