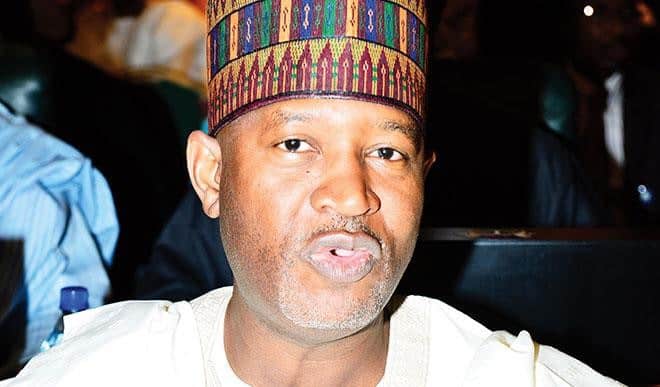 The Minister of State, Aviation, Hadi Sirika, has warned that the Nnamdi Azikiwe International Airport, Abuja, runway has totally failed and is a disaster waiting to happen.

Mr. Sirika gave the warning when he received the Coalition for Civil Society Group on Friday in Abuja.

He said the government was determined to ensure safety and avoid disaster in the sector, adding that closure of the airport for six week remained the only viable option.

The minister said that many critical stakeholders in the industry including Council for the Regulation of Engineering, COREN, had agreed with the decision of the government.

According to him, the Nigerian Society of Engineers was the only body that had opposed the decision.

Mr. Sirika, however, said that the aerodrome engineers in the society agreed with government’s decision to close the airport to avert disaster.

“The Abuja airport runway is completely damaged, the entire structure and the architecture is gone and the runway has failed and it is just a disaster waiting to happen.

“No matter what it is, I will not sit back and fold my arms and watch disaster unfold while I superintend.

Advertisement
“I believe that it is an executive function which should be carried out and I believe also that we should be responsible for our actions and inactions.
“If I don’t do anything it becomes inaction and will be equal to disaster.

“If I act appropriately to save it, I will be meeting the expectations of the person who appointed me and of course the expectation of the Nigerian people that we serve,” he said.

The minister asked the members of civil society groups with engineering background to examine the runway and possibly carry out integrity test on it to ascertain its condition.

He said that different options recommended by different stakeholders were not good options to be considered based on the deplorable nature of the runway.

According to him, the path we have chosen is a path that for us is the only way to rehabilitate that runway.

“It is a job of six months with the procurement start to finish but within these six months, there will be six weeks closure of the runway.

“We will close it and we will be working day and night to ensure that we deliver the project and it will be six weeks and six weeks no more.

“We have done some study and found out that, 90 per cent of people who are coming into Abuja may probably travel only once within six weeks, and may be only one per cent travel every other day or daily.

“Another two per cent who travel every week but some may not even travel at all in six weeks.

The minister also called on the civil society groups to always cross check their facts before commenting on important national issues.

He refuted the claim by the Centre for Joint Action Against Poverty and Underdevelopment in Africa, a civil society organisation, that he was one of the underperforming ministers in the country.

Earlier, the president of the group, Bassey Atuk, told the minister that their visit was to find out the happenings in the aviation sector, stressing that the sector was critical to the national development.

Mr. Etuk said the group also demanded explanation on the basis for the N5.8 billion for the rehabilitation and repair of the Abuja airport runway and diversion of flight to Kaduna.

He, however, pledged the group’s support for the government on the closure of the Abuja airport for the repair of its runway.

“We came to find out because the Ministry of Aviation is critical to us and our people yearn to know what is happening in the sector.

“Perhaps, the minister should educate, not just the civil society but the generality of Nigerian people on the controversial N5.8 billion for the repair of Abuja Airport runway.

“We also need to know the programmes and projects of the ministry in 2017 budget about the deplorable state of our airports,” he said.