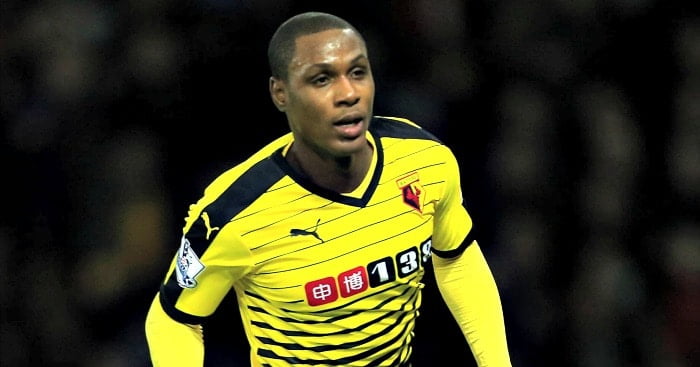 Super Eagles striker, Odion Ighalo no doubt would soon leave Watford, seven months after finishing as the club’s top scorer for the 2015/16 season.

His Watford manager, Walter Mazzarri revealed to Sky Sports this afternoon that, “I have just heard now that there is a very important offer which we are evaluating.”

But when he was pointedly asked if the offer was from China he replied: “I don’t like to say all the details, but there is more than one offer, this one might also be from China.”

The Nigerian has definitely fallen down the pecking order with the arrivals of Mbaye Niang and Mauro Zarate. The interest from West Brom is also reported to have cooled substantially even though he continues to attract strong interest from Chinese clubs.