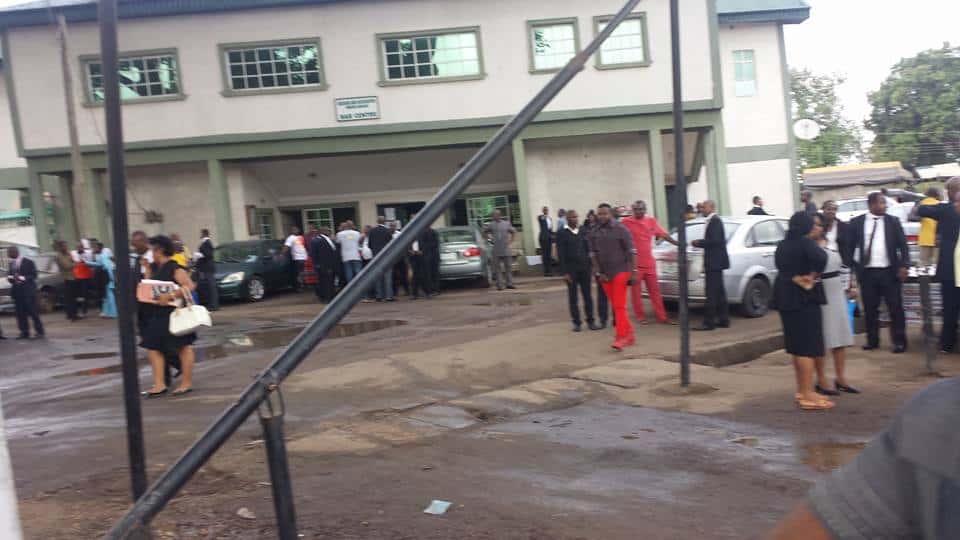 According to Authority news a  a group of armed bandits invaded High Court, orlu road, Owerri and escaped with members of a group.

The men were said to the with members of Vampire group.

Premises of the court where the incident happened

According to the report some Prison wardens were killed in the shoot out. 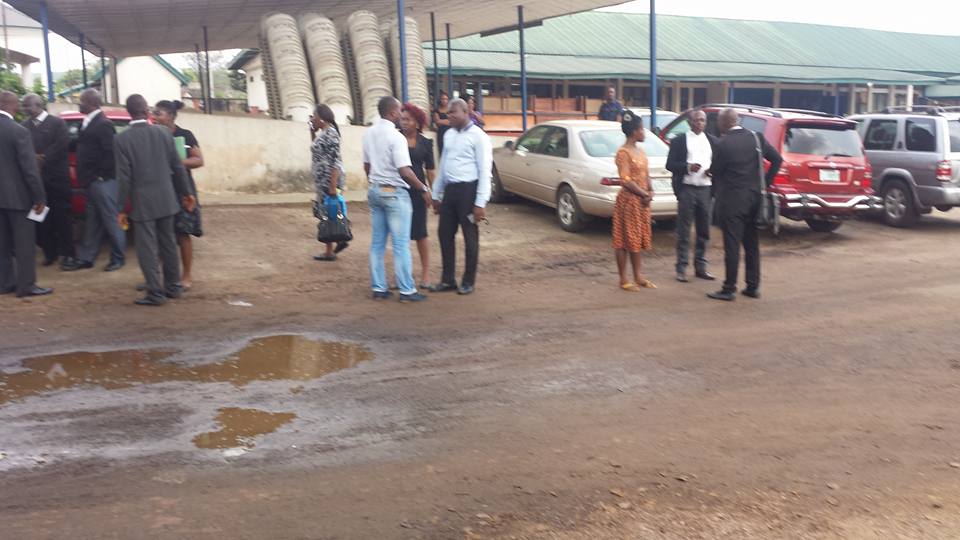 People seen discussing the incident in the court premises. Photo credit: The Authority