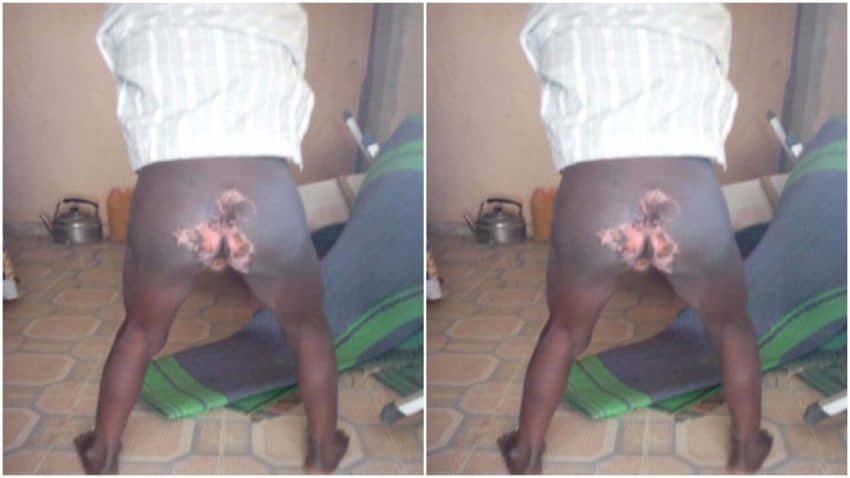 The Director of Planning in a goverment ministry in Borno State has been arrested by the state Police Command for allegedly inserting electric ring boiler into the anus of his 10-year old son over the allegation of engaging in homosexual activities, Saturday Vanguard reports.

The top civil servant was said to have perpetrated the act upon hearing that his son performed the act with some politicians.

While the boy, names withheld, had claimed to have been raped at their 1000 Government Housing Estate residence, the father was said to have dismissed his story leading to the inflicting of the bodily injuries.

It was gathered that the victim was chained before his father, who was accused of denying his children western education inserted a ring boiler into his anus as a form of punishment for “engaging” in such an act.

It was further gathered that the civil servant recently chained one of his daughters named Mama for insulting her stepmother in the estate.

A top government official, who pleaded anonymity, said the director had been arrested. Efforts to confirm the incident from the Police Public Relations Officer of Borno State Command, Mr. Victor Isuku proved abortive. However, some residents told Saturday Vanguard that the estate was recording growing rate of homosexual activities.