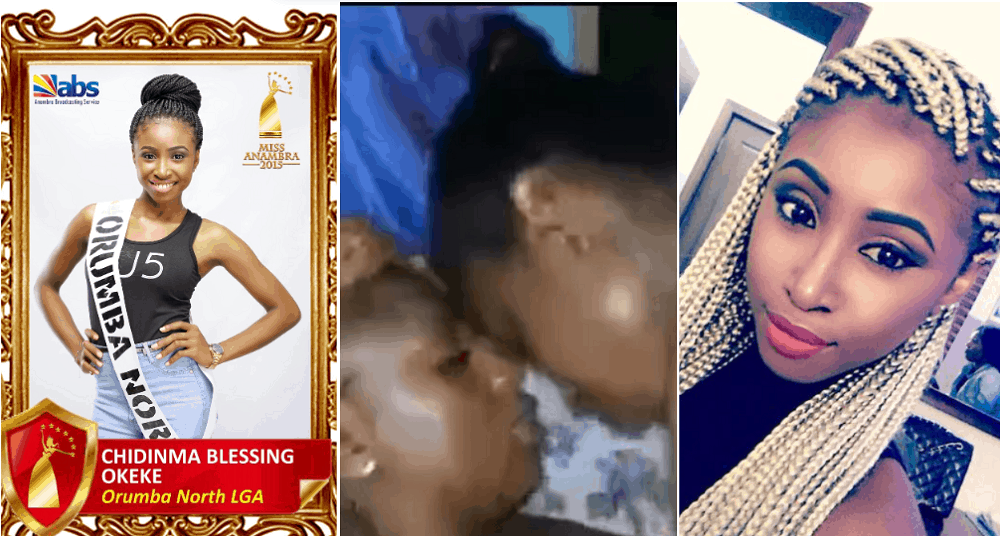 In a recent development concerning the leaked cucumber sex tape case of Chidinma Okeke, ex-miss Anambra, a Human rights lawyer, Emeka Ugwuonye, alleged that Anambra Broadcasting Service has returned the car price of the former Queen to her. The lawyer, however, disclosed that Chidinma was made to sign an undertaking that she would not grant interviews as to how or why the car was given back to her. She the post below:

“The Anambra Broadcasting Service (ABS) yesterday returned the prize vehicle to the former Anambra Beauty Queen and made her sign an undertaking that she would not grant press interviews or reveal that the circumstances under which the prize car was returned to her. They have threatened to have her detained if she breached that undertaking.

“From one of the ABS insiders, the Management of ABS took this measure in order to stop Chidinma from continuing as Government witness in the criminal case going on in Lagos. The ABS wants to suppress the ongoing case because they were involved in the making and leak of the sex video. If the case were to go on, the accused person will reveal the truth. They met with Ms. Okeke without her lawyer. They told her that nobody was allowed to come for the meeting except her parents.

“It is clear that Anambra State Government is behind this whole show of shame. They are doing everything to kill the case. Indeed, the DSS refused to make available to Chidinma and her lawyer the outcome of their investigation of the case explicitly because of the involvement of some Government officials in the scandal, particularly the Director of the ABS.

“More updates will be coming your way. But as we warned months ago, those who think that the Chidinma Okeke’s case would die quietly are joking. In fact, even Chidinma Okeke cannot stop this story. We have sufficient insider sources in Anambra State.

“NOTE: The prize car was one of the prize award given to Chidima Okeke for winning the Beauty Pageantry for the year. The picture of the car and a ceremony is shown here. It is not yet clear what Chidinma plans to do about this development. But the pressure for her to keep quiet is high and Nigerians must not allow that to happen.”

The former beauty queen appeared in a Lagos Court on January 17. Her appearance in court, however, was not connected to her cucumber sex tape but is in relation to the arraignment of one of her blackmailers, the man into whose account she paid money to avoid the release of the controversial sex video. The man was arraigned and the DSS is the agency in charge of the case. The court where she is to appear was kept secret for security reasons.