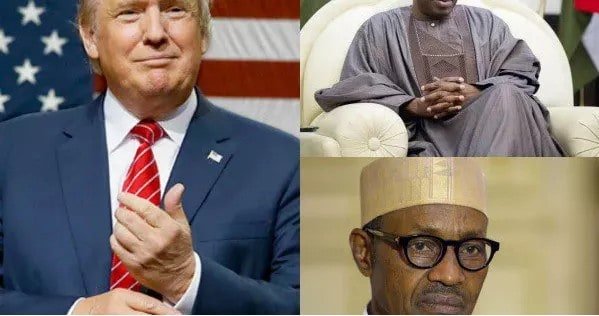 According to , Deji Adeyanju, of the Peoples Democratic Party (PDP) no invitation was extended by Trump to incumbent President Muhammadu Buhari.

The authenticity of Adeyanju’s claim could not be immediately confirmed at the time of filing this report.

Deji Adeyanju, who is a known official of the opposition PDP, claims that President Buhari (inset) did not an invitation to Trump’s inauguration.