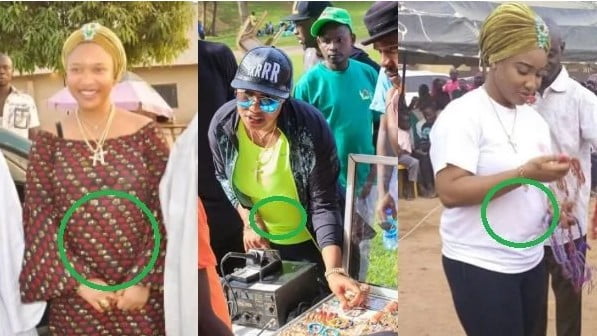 There are strong indications that actress Tonto Dikeh’s is pregnant again and she might be expecting a second child.

According to an in-house source, the actress might have to remain her marriage which is currently troubled by adultery scandals on the part of her husband Olakunle Churchill.

The source told NaijaGists.com that Tonto who is contemplating divorce will put to bed in the next six months which means that the actress is in her first trimester.

The source further revealed that Tonto and Oladunni Churchill are not living under the same room as the husband has been using his nationwide charity work as an excuse to stay out of his home.

Oladunni Churchill paid Tonto Dikeh’s bride price in her Port Harcourt family home on August 29, 2015 during her traditional wedding. They welcomed their son on February 17, 2017.