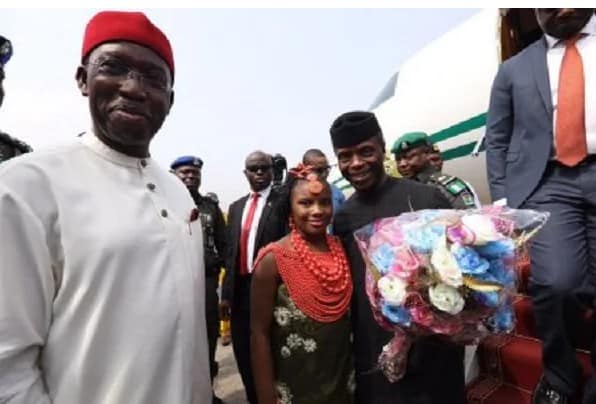 Reports reaching NaijaNews.com suggest that traditional rulers in Delta state have stormed out of a peace meeting with Vice President, Yemi Osinbajo on Monday, January 16.

According to TVC News Senior Correspondent, Sumner Shagari Sambo the earlier walkout was led by the Ovie of Uvwie Kingdom in Delta State, HRM Emmanuel Sideso who got angry for not being on the high table.

The walkout by traditional rulers at the meeting was resolved, and they eventually returned and meeting.
It was VP Yemi Osinbajo and Gov. Ifeanyi Okowa that saved the day by persuading Ovie of Uvwie, HRM Emmanuel Sideso & chiefs to return before they did