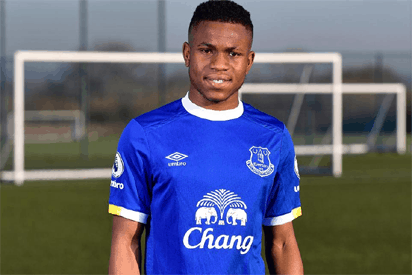 Ademola Lookman is a 19-year-old English winger who plays for Everton.

Ademola Lookman is a 19-year-old English winger who plays for Everton.

He began his career at Charlton’s academy after signing from London-based youth club Waterloo FC.

After just one season slugging it out with the rest of the raw talent, Lookman was promoted to the Addicks’   senior side in 2015.

He made his Charlton debut in November 2015, a 1-0 loss to MK Dons in which he played 35 minutes as a substitute.

The winger’s first start for the club came later that month in a 1-0 win at Birmingham.

Since then, Lookman became established as a first-team starter, celebrating his first goal on December 5 in a 3-2 loss at Brighton.

He bagged ten league goals in 45 appearances for the Addicks and will be a huge miss at Charlton.

Lookman has made appearances at England Under-19 and Under-20 level.