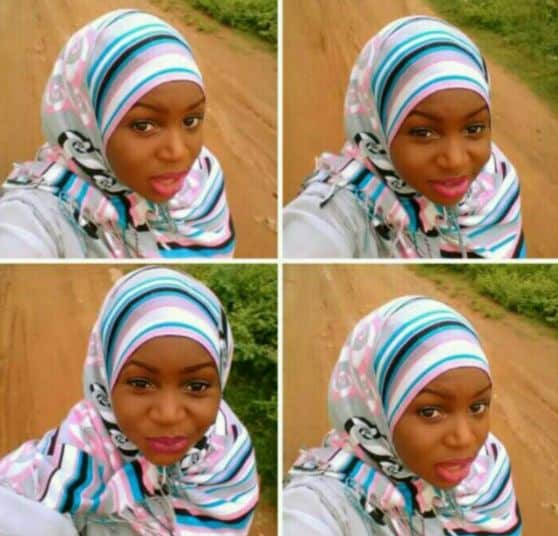 A herbalist, simply identified as Jelili also known as Ifa (oracle) and a commercial driver, Elijah Oyebode have both been arrested by the Department of State Service (DSS), Osun State Command, for reportedly kidnapping and killing a 400 level student of Osun State University, Adebisi Rofiat Damilola.

The driver has confessed how the herbalist gave him the dirty job to bring a young lady for him and get N10,000 (ten thousand) as reward.

Imagine them selling and killing this beautiful lady for mere N10,000. Oh dear!

Elijah said Adebisi boarded his vehicle from Ipetu-Ijesa to Osogbo while returning from the Ipetu-Ijesa campus of UNIOSUN where the lady was studying Science Education.

It would be recalled that Adebisi who left Ipetu-Ijesa for Osogbo on December 22nd, 2016 got missing along the way and her corpse was later found on the roadside along Ikirun/Iragbiji road few days later.

Speaking with the media, Elijah said, “I took her (Rofiat) from Ipetu-Ijesa. There were other passengers in my vehicle that day. The girl matched the specification that Ifa (oracle) gave me.
“Ifa said I should bring a lady that has never bore a child. When I saw the student, I was sure very that she had not given birth to a child”.
He continued “Ifa had given me a charm that I will use to hypnotise any lady that I want to bring. He said once I put the charm in my pocket, I only need to have body contact with the lady and she would be hypnotised. The charm was already in my pocket when I saw the lady and I ensured that my body touched her. From there, she didn’t know anything again.

“After dropping other passengers at the various destinations, I took the lady to Ifa at his house in Ikirun and he received her and gave me N10,000. I pity the lady when I was leaving because I knew she would not come out alive. My conscience was telling me that what I did was bad.”

“When I left Ifa’s house, I went to a bush to dump the lady’s luggage which contained some clothes. Few minutes later, her phone started ringing. I knew her people must be looking for her. I took the phone to Yusuff to help me sell it. I told Yusuff that a passenger forgot the phone in my vehicle”.

“The phone kept ringing and I later picked it. Yusuff told me that it was dangerous to receive the call because they could use it to trace us. I removed the SIM card and threw it away instantly to prevent her people from reaching us. We sold the phone for N20,000. We shared it N10,000 each”.

The Herbalist Denies
While speaking with Amiloaded correspondent, the herbalist said the driver was telling lie and that Elijah was just his contract driver that he used occasionally.

But a top DSS official said there was incriminatory evidence against the herbalist, saying that Ifa was not saying the truth.

The state Commissioner of Police, Mr Fimihan Adeoye said a joint team of DSS and policemen are investigating the matter and would get to the truth, for the law to deal with the culprits.