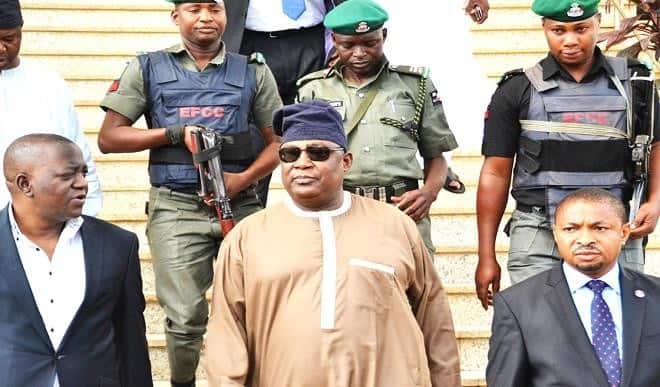 A prosecution witness has revealed details of  how he renovated two churches and built a new mosque for former Chief of Defence Staff, Air Chief Marshal Alex Badeh in his home town of Vimtim, Adamawa State.

Badeh is standing trial before a Federal High Court in Abuja on a 10-count charge of criminal breach of trust and money laundering of over N3bn alongside Iyalikam Nigeria Ltd, a company believed to be owned by him.

At the resumed hearing yesterday, Joseph Okpetu, a builder, testified that he was awarded the contract to renovate two churches in Vimtim during the community’s thanksgiving service in 2013.

He also said he built a new mosque from the scratch opposite Badeh’s house in Vimtim and a civic centre for the community with the sum of N100 million.

He revealed that his company Vinplast Nigeria Ltd is jointly owned with Badeh’s family in a share structure of N4m to himself, Alex Badeh Jnr N3m, and Kamtufa Badeh N3m.

He said the structure was in 2016 changed to N6m for himself, Kamtufa N3m, and N500, 000 each for Victoria Okpetu and one Williams.

However, during his cross examination by defence counsel, Akin Olujimi (SAN), the witness admitted that the N100m for the Vimtim projects was paid by Mafosa Mafosa, a committee of friends of Badeh.

He also revealed that during statement taking, the EFCC directed him to write that the statement was obtained in the presence of his counsel, Samuel Zibiri (SAN) when the lawyer did not arrive the commission’s conference until four hours.

Justice Okon Abang has adjourned the case to January 25 and 26 for further hearing.