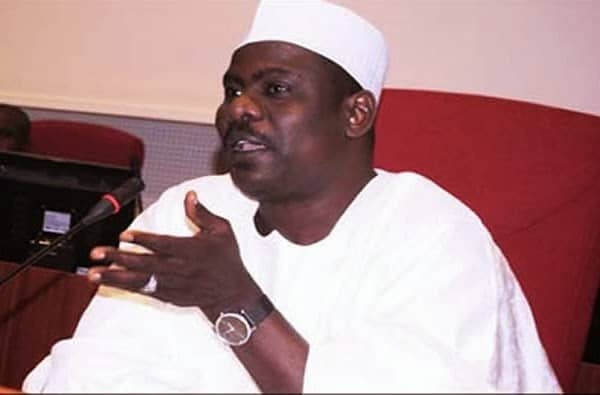 Sen. Kabiru Marafa  has debunked speculations that former Majority Leader, Sen. Ali Ndume, was removed because of his stand on  the confirmation of Mr Ibrahim Magu, Acting Chairman of the Economic and Financial Crimes Commission (EFCC).

Marafa, who is Chairman Senate Committee on Petroleum (Downstream), made this known in an interview with the News Agency of Nigeria (NAN) on Wednesday in Abuja.

The lawmaker said it was the prerogative of the party to appoint or reject any principal officer as contained in the Senate Standing Rules.

Mafara, who is the spokesman of Unity Forum, a faction of the All Progressives Congress (APC) senators in support of Lawan, said 40 APC lawmakers appended their signatures in favour of Ndume’s removal.

He also told NAN that the most important thing was that the lawmakers that appended their signatures wanted Ndume removed.

“The rumours making the rounds that Ndume was removed because of Magu’s confirmation of appointment is not true.

“I am not from the same place with Magu as Ndume is but I fought for him.

“I am in the senate as an APC senator and as long as what we do is within the dictates of the Constitution, I am here to protect it.

“The President submitted Magu’s name and I worked for Magu and a lot of senators did too,’’ he said.

On Ndume’s acceptance of his removal, Marafa commended him for his sportsmanship.

He, however, faulted him for claiming that due process was not followed in his removal.

“Section 60 of the Constitution gives us the right to regulate our own procedure; the moment we say this is how we want to do it  we have a responsibility to do it that way.

“If you go back to Order 32, Section 6, you will see how principal officers can be removed.

“It says you can remove a principal officer by a majority, it didn’t say the officer must be consulted.

“This is unlike is the case with executive officers like the President and governors; the constitution says that you have to confront them with your allegations. You cannot just sit down and impeach a governor.’’

The lawmaker urged journalists to always investigate before reporting any matter of public interest to avoid misleading the people and to interpret rules correctly to avoid misinterpretation.

“For the record, we followed the due process in Ndume’s case.

Sen. Ali Ndume was on Jan. 11 removed as a Majority Leader by the APC Senate Caucus.

He was replaced by Sen. Ahmed Lawan (APC-Yobe North) who, until his appointment, was Chairman Senate Committee on Defence.

Ndume on the floor of the senate on Wednesday accepted his removal in the interest of promoting democracy.