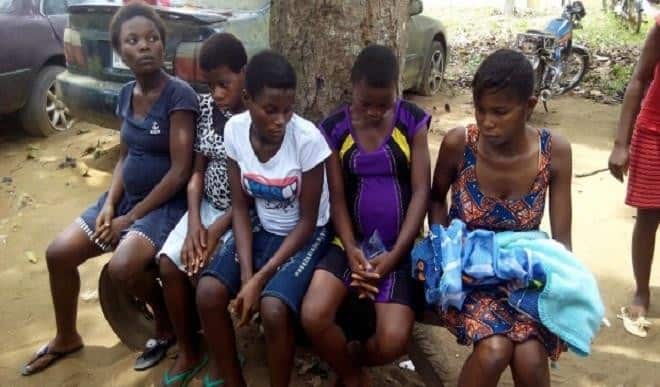 A baby factory where children were being sold has been discovered in Borno by the state government.

The Commissioner for Justice, Mr Kakashehu Lawal, stated this at a press conference in Maiduguri.

Lawal said that four women alongside the principal suspect were arrested for taking part in the crime.

He said that the “trend is a notorious fact which occurred in Galadima area in the state capital.’’

“After the restoration of relative peace in state capital and its environs, a lot of anti-social activities started to emerge ranging from drug addiction, lawlessness and prostitution.

“On Sept. 12, 2016, we got an intelligence report by our civilian JTF in Gwange area in the town and we mandated them to arrest a woman who delivered a baby boy and came home without the baby.

“The suspects were taken to Gwange Police Station because of the magnitude of the crime and were later transferred to the Police CID Department,’’ he said.

The commissioner said that one baby was recovered and another one was rescued during a raid on the factory at Galadima.

“Sponsors of the factory were also arrested. The suspects were rraigned before the High Court Number 13.

“They are now in the maximum prison pending the next court hearing on the matter,’’ he said. (NAN)