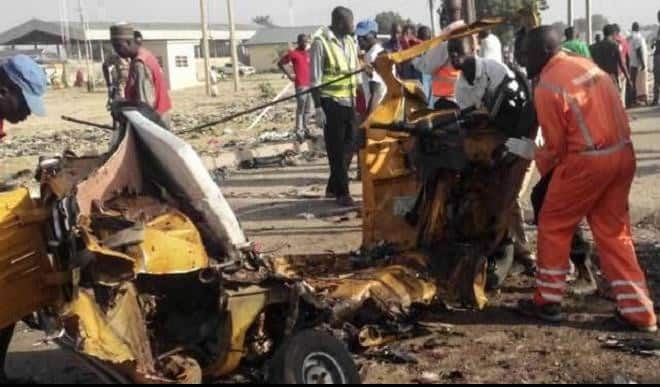 The Borno State Police Command has confirmed that eight people were killed in multiple blasts that hit Maiduguri, the Borno state capital, on Sunday night.

In a whatapps message to newsmen in Maiduguri yesterday, the Police Public Relations Officer, DSP Victor Isuku, said five bombers were involved in the suicide attacks.

He said, “About 2020hrs of yesterday (Sunday) three male suicide bombers shot sporadically and attempted to infiltrate Maiduguri via Garage Muna village close to a military checkpoint. The IED strapped to their bodies exploded, killing all of them and a civilian JTF. Two Ak47 rifles were recovered, while one was completely destroyed as a result of the explosion.

“Then, about 2230hrs same date, there were two suicide bombers’ attack at Kaleri area of Gwange. Four persons, including two female suicide bombers, died in the explosion,” DSP Victor said.