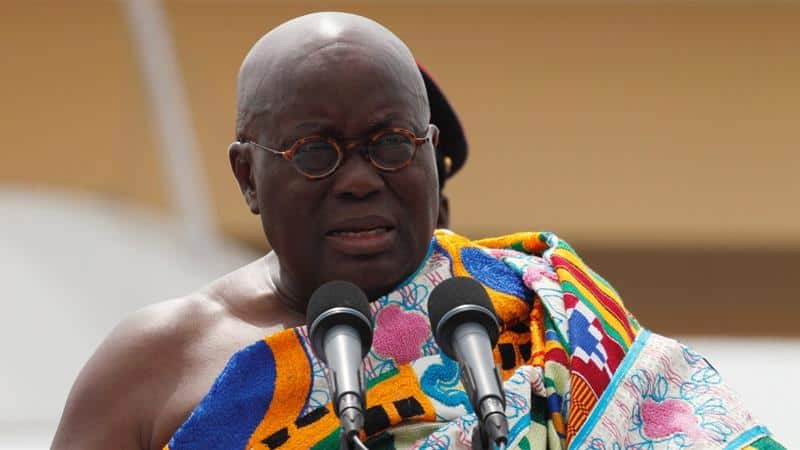 Ghanaian president is in a mess for lifting passages from speeches of former US Presidents during his inaugural address.

Akufo-Addo, 72, was sworn-in in the capital Accra on Saturday

Ghana’s President Nana Akufo-Addo came under fire on Sunday when it emerged that his inaugural address plagiarized quotes from speeches by U.S. presidents Bill Clinton and George W. Bush.

The outcry on social and national media over Saturday’s speech took the shine off a moment of triumph for the former opposition leader, who won a convincing victory in December after twice losing battles for the presidency.

The slip is embarrassing in part because Akufo-Addo’s New Patriotic Party (NPP) prides itself on the professional competence of its leadership.

The party has outlined policies aimed at creating jobs, fighting poverty, promoting business and restoring Ghana to its status as one of Africa’s most dynamic economies.

“It’s a wake up call that there’s been a transition from leader of the opposition to the presidency and I’m sure he (Akufo-Addo) will be more careful in future,” pollster and author Ben Ephson told Reuters, adding that any political damage is unlikely to be lasting.

Many commentators had praised the statesman-like nature of the speech of about 26 minutes, delivered to an audience of dignitaries and foreign leaders moments after Akufo-Addo took the oath of office.

The Director of Communications for the presidency, Eugene Arhin, apologized for the errors on Facebook, calling it a “complete oversight and never deliberate”. He noted that the speech contained four correctly attributed quotations.

Other NPP leaders close to Akufo-Addo declined to comment on how the errors occurred.

The criticism focused on two sentences in Akufo-Addo’s speech.

“Though our challenges are fearsome, so are our strengths. Ghanaians have ever been a restless, questing, hopeful people and we must bring to our task today the vision and will of those who came before us.”

The first line almost matches one from Bush’s inaugural address in 2001, while the second mirrors Clinton’s inaugural speech in 1993 with only the country name changed.

See excerpts of the video below: