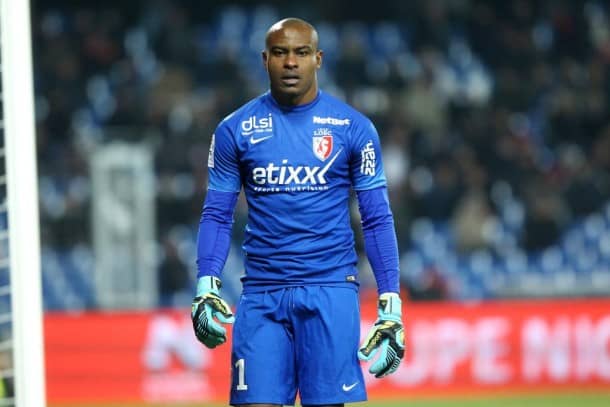 Former Nigeria Captain Vincent Enyeama has hit out at Super Eagles Coach Genort Rohr over his comments that he refused to take nor return his calls when he tried reaching him on phone.

At a media parley in Lagos, Rohr claimed he made frantic effort at reaching out to the Lille shot stopper to help when there was crisis with the injury blow to Carl Ikeme who had to pull out  of the World Cup qualifiers against Algeria but Enyeama didn’t take nor return his calls.

why do pple take pleasure in lies just bcos Enyeama is mentioned @Cybereagles the coach never got me on phone,so I wonder why he said that https://t.co/u25MKpwiXz

He recently wrote: Nothing beats taking care of our heroes. I was kicked out of the national team and labeled a rebel leader for speaking out.”

Recall that Enyeama fell out with former Super Eagles manager Sunday Oliseh in October 2015 and was kicked out of the team’s hotel ahead of the friendly games with Congo DR and Cameroon.

The 34-year-old later in the same month announced his retirement from the national team with a goodbye letter on his instagram page.