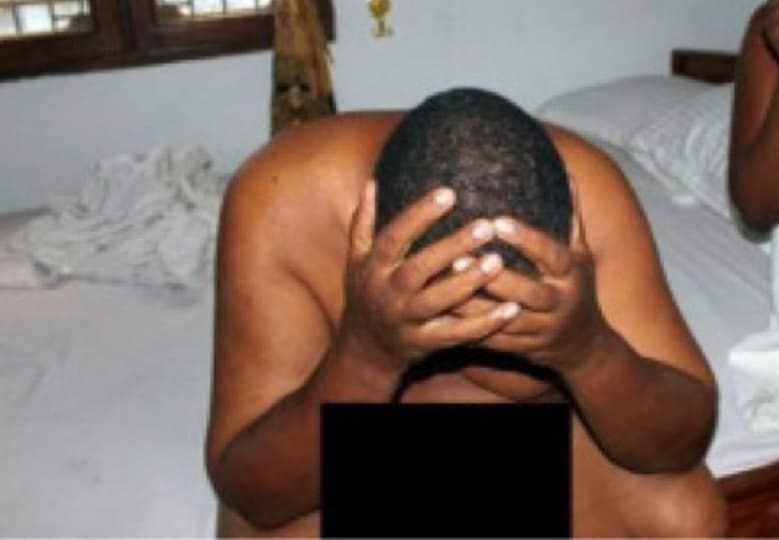 A father of three simply named Samson, has died after taking stimulants for his magic wand just to impress his secret lover in bed.

The Punch reports that the manhood of the 38-year-old man refused to go down after taking the stimulants. He died inside a hotel room in Delta state.

The deceased who is married with three children, allegedly took his secret lover to a hotel at Ugboroke in Uvwie local government area of the state for a romp on new year’s day. Samson was said to have been wooing the lady for the past three months to no avail. But on new year’s day, she gave in and they decided to consummate the relationship. To show that he has a great manpower, he took the stimulants.

He was said to have gone with the woman for the opening of a new drinking bar when he booked a room in the hotel close to the bar. A source who spoke to newsmen on the incident said after taking some bottles of alcohol, one of Samson’s friends suggested he took local stimulants known as ‘manpower’ to boost his libido. The source said:

“After having intercourse with the woman for a long time, he could not ejac*late and his manhood refused to come down. He must have died from the stress of the consistent hardness. He was overpowered by the drug and it was the first time he had taken such a drug. Even after he was confirmed dead, his manhood was still erect. He is not much of a drinker and was married with three young children.”

The deceased, according to information, was taken to the Warri Central Hospital where his corpse was deposited in the mortuary while the family prepares for his burial as they do not want to involve the police in the matter.