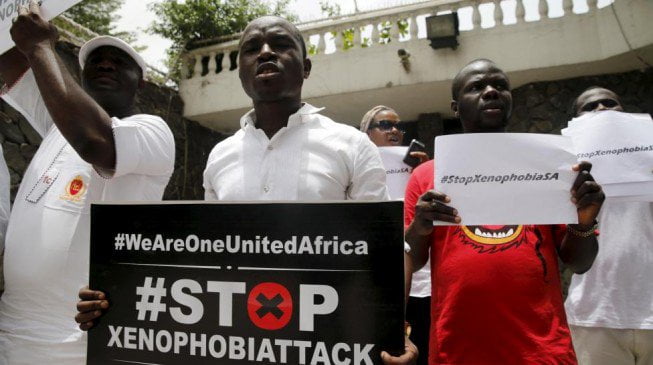 A Nigerian was reportedly killed  by South African police and another abducted in the same country on Sunday.

Ikechukwu Anyene, the president of  Nigeria Union, South Africa, told NAN via telephone both  incidents had  been reported to the Nigerian mission in that country.

He  said on Thursday, one Victor Nnadi, a native of Orlu in  Imo state, was suffocated to death by the metropolitan police in Cape Town.

“When the people saw what happened, they  raised  an alarm and confronted the police,” Anyene said.

“The union`s chapter in Cape Town is already on top of the situation and trying its best to facilitate the release of   the detained brother of the deceased.”

He said on  December 24, the union got information that one Austin Agunwa,  a native of  Umuawulu, in Awka south local government area of  Anambra state, was abducted by unidentified persons  at Rustenburg, north-west province.

He said Nigerians in the province raised a search team, which later found the victim’s car abandoned, after a crash  near a bridge.

Anyene said the vehicle had no blood stain.

“As we speak, we don’t know his whereabouts  and nobody has claimed responsibility for his abduction,” Anyene said.

“We have directed the union`s chapter in the area to report the incident to the police and open a case on  the missing Nigerian.”

Anyene also said that the union`s national body would liaise with Nigeria’s high commission to visit Rustenburg over the incident.

“We have also advised our people to be calm and  remain law abiding as the union and  the Nigerian Mission are handling the situation,” he said.