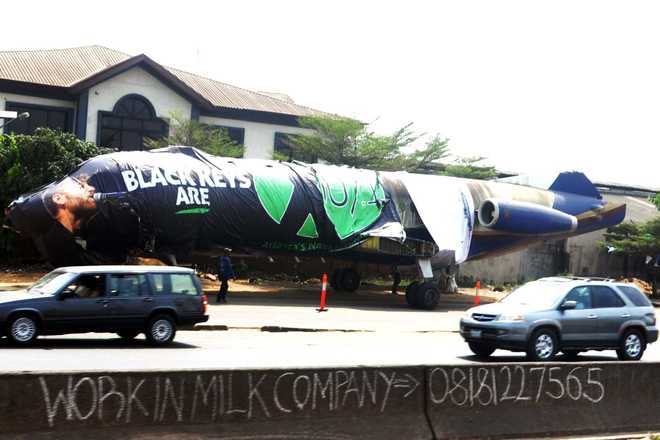 In a weird turn of events in the commercial capital of Nigeria – Lagos, an aircraft was parked on a motorable road instead of a hanger as the general public ponder on the underlying circumstances.

The aircraft positioned on the road

An Aircraft was seen parked on the service lane along Oshodi-Anthony expressway, Lagos. Residents who have been left baffled by unusual action by the unidentified airline operator.

Unfounded rumours have begin to trail the location of the plane with no official explanation by the owners.