Rescued Chibok girls freed from more than two years of captivity by Boko Haram Islamic extremists were prevented by Nigerian officials from spending Christmas at home with their families, relatives and a lawyer said Tuesday. 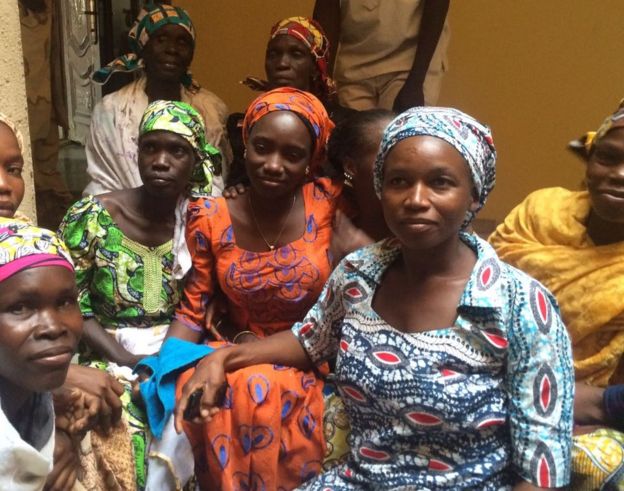 The news raised questions about Nigeria’s handling of the 21 girls freed in October by negotiation with Boko Haram. Nearly 300 girls were kidnapped from school in the northeastern town of Chibok in April 2014. Dozens escaped within hours, but 219 remain captive.

Those freed in October had been held for trauma counseling in Abuja, the capital.

The girls were take to the house of an assembly member in Chibok to be reunited with their parents but weren’t allowed to go to their own homes.

“I can’t believe my daughter has come this close to home but can’t come home,” said one father.

“There’s no point bringing them to Chibok only to be locked in another prison. They couldn’t even go to church on Christmas Day.”

Another said a soldier had confiscated his phone when he tried to take a picture of his daughter.

He said: “I snapped picture of myself and my daughter but the security guys came and grabbed me by shoulder and snatched the phone from my hands and told me to delete all the picture I took.

“I told him I’m taking a picture with my daughter who was away for more than two years. He said to me that’s not his business, he deleted all the pictures including other pictures that were not taken there.”

One mother said: “I can’t believe my eyes that now my daughter cannot come home. How can I be happy when they don’t have freedom?”

The girls pictured in May 2014, shortly after their kidnapping