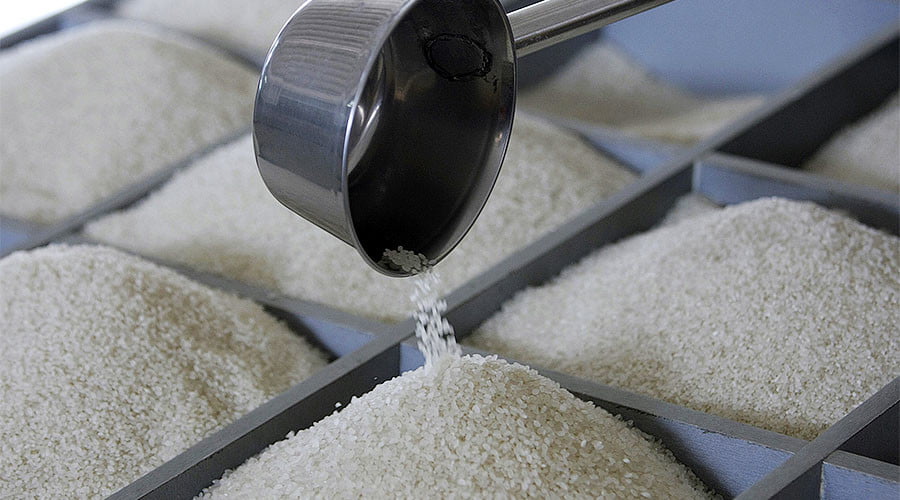 A British media source quotes Lagos customs chief Haruna Mamudu who said 102 bags of fake rice was smuggled into the country to be sold during the festive season.

Preliminary examination of the product branded as “Best Tomato Rice” showed “how sticky the rice was and only God knows what would have happened if our people consumed it.”

Martin Patience, the BBC reporter in Lagos, decided to inspect the seized rice on his own and later wrote:

“I went to see some of the 2.5 tonnes of fake rice confiscated by Nigeria’s customs officials.

Whoever made it did an exceptionally good job – on first impression it would have fooled me.

When I ran the grains through my fingers nothing felt out of the ordinary.

But when I smelt a handful of the “rice” there was a faint chemical odour.

Customs officials say when they cooked up the rice it was too sticky – and it was then abundantly clear this was no ordinary batch.

They’ve sent a sample to the laboratories to determine exactly what the “rice” is made of.

They are also warning the public not to consume the mystery foodstuff as it could be dangerous.”

However, on Friday, December 23, Prof. Isaac Adewole, the minister of health, denied the reports about the suspicous foodstuff referring to the findings obtained by NAFDAC team of inspectors.

The samples from the confisacted consignment were taken for laboratory analysis and were found to be in conformity with the specification for rice, including floating, cooking, odour, colour, moisture and pre-ashing.

Related Topics:HeadlinesPrice Of Rice In Nigeria