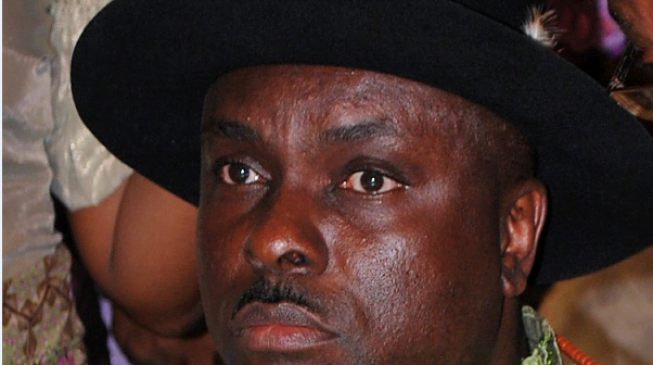 Senator Peter Nwaoboshi a senator who traveled from Nigeria to meet with ex-convict former governor of Delta State James Ibori made startling revelations about the political power Mr. Ibori wielded behind bars while a 13-year prison term convicted of money laundering in the UK. Apparently, inebriated Mr. Nwaoboshi bragged about how Ibori made him Senator, made his daughter a state house of assembly member, annointed two governors in the state and subsequently revealed how he was giving political assistance to Senate President Bukola Saraki and Speaker Yakubu Dogara.

Mr. Nwaoboshi spoke for several minutes bragging about how Ibori introduced him to flying first class before breaking into Christian songs at Mr. Ibori’s half-way home apartment in London after his release from the Huntcombe medium security prison in London today. Mr. Ibori was released from prison following an order of a Royal Majesty Court. Mr. Ibori will remain in the UK until his deportation to Nigeria is fully processed, restricted to the apartment and also required to report weekly to a police station in Croydon area of London.