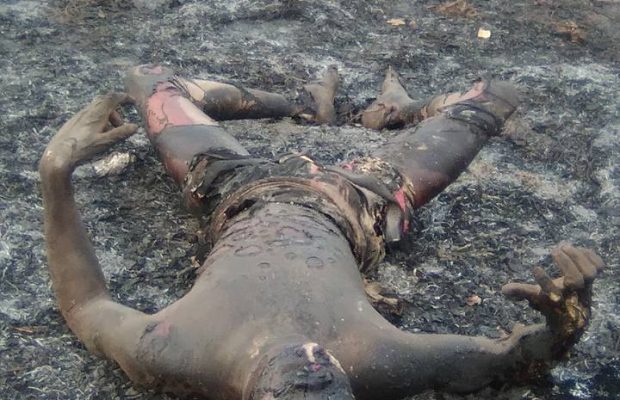 An unidentified man was on Wednesday night set ablaze by a mob for allegedly stealing motorcycle in Makurdi, the Benue State capital.

According to a source, “The man stole a motorcycle belonging to a commercial motorcyclist, popularly known as Okada was caught and handed jungle justice last night.”

NaijaNews.com learnt that the Benue State Police PRO, Moses Yamu, said he was not aware of the incident.

He promised to contact the DPO in charge of that division and get back to this reporter.